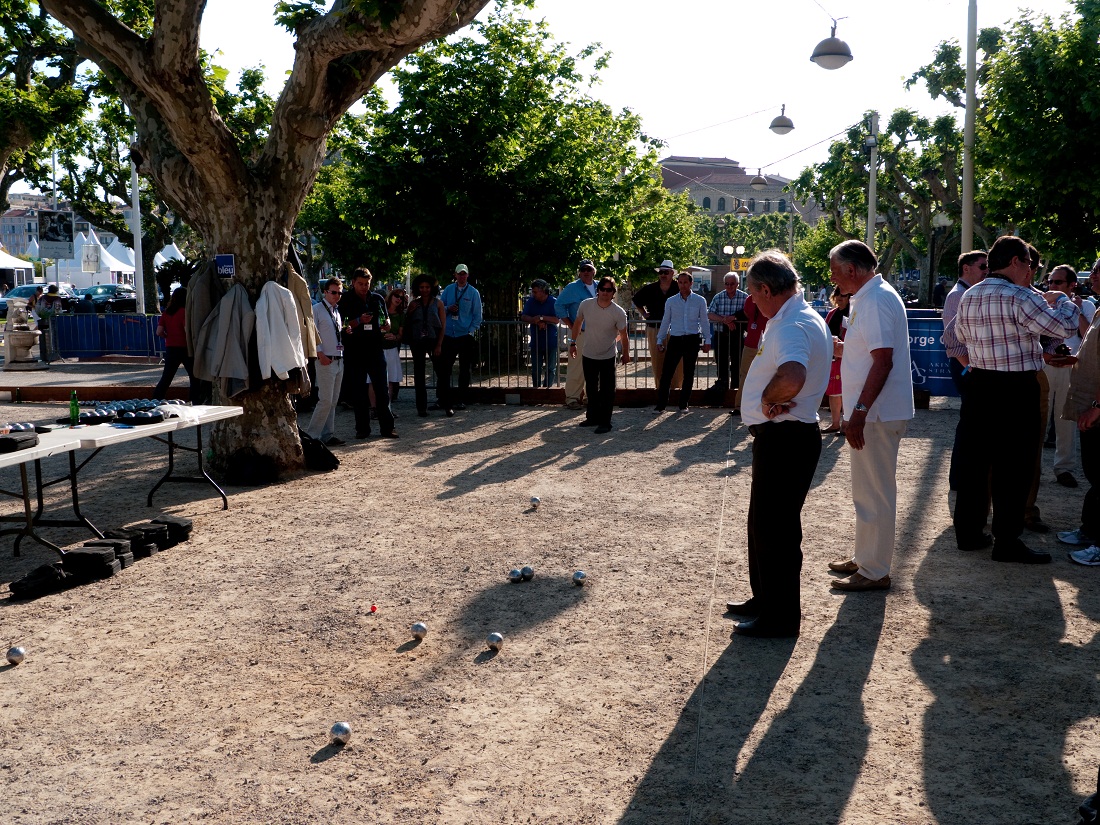 The Romanian chapter of the Association of French Abroad (UFE - L'Union des Francais de l'Etranger) organizes a Petanque cup on Saturday, June 19th. The association invites all interested in discovering the French traditional game starting 15,00 hours at the Crowne Plaza hotel (Poligrafiei boulevard in Bucharest). The cost is RON 40/person. To play the game, teams of two are required.

This French game originated in early 1900, in Provence, in southern France. The Pétanque game consists of throwing metal balls as close a possible to a small wooden ball called a cochonnet (literally "piglet") or jack. It is also called sometimes a bouchon (literally "cork") or le petit ("the small one"). On Saturday, the game will be played on gravel.

No previous experience in playing the game, not in speaking French are required to attend. To read more about this event, go here. (text in French, you will need Acrobat Reader to open the document). Read more about Petanque here.

You can confirm the attendance by Friday, June 18th, 11:00, by email to [email protected]