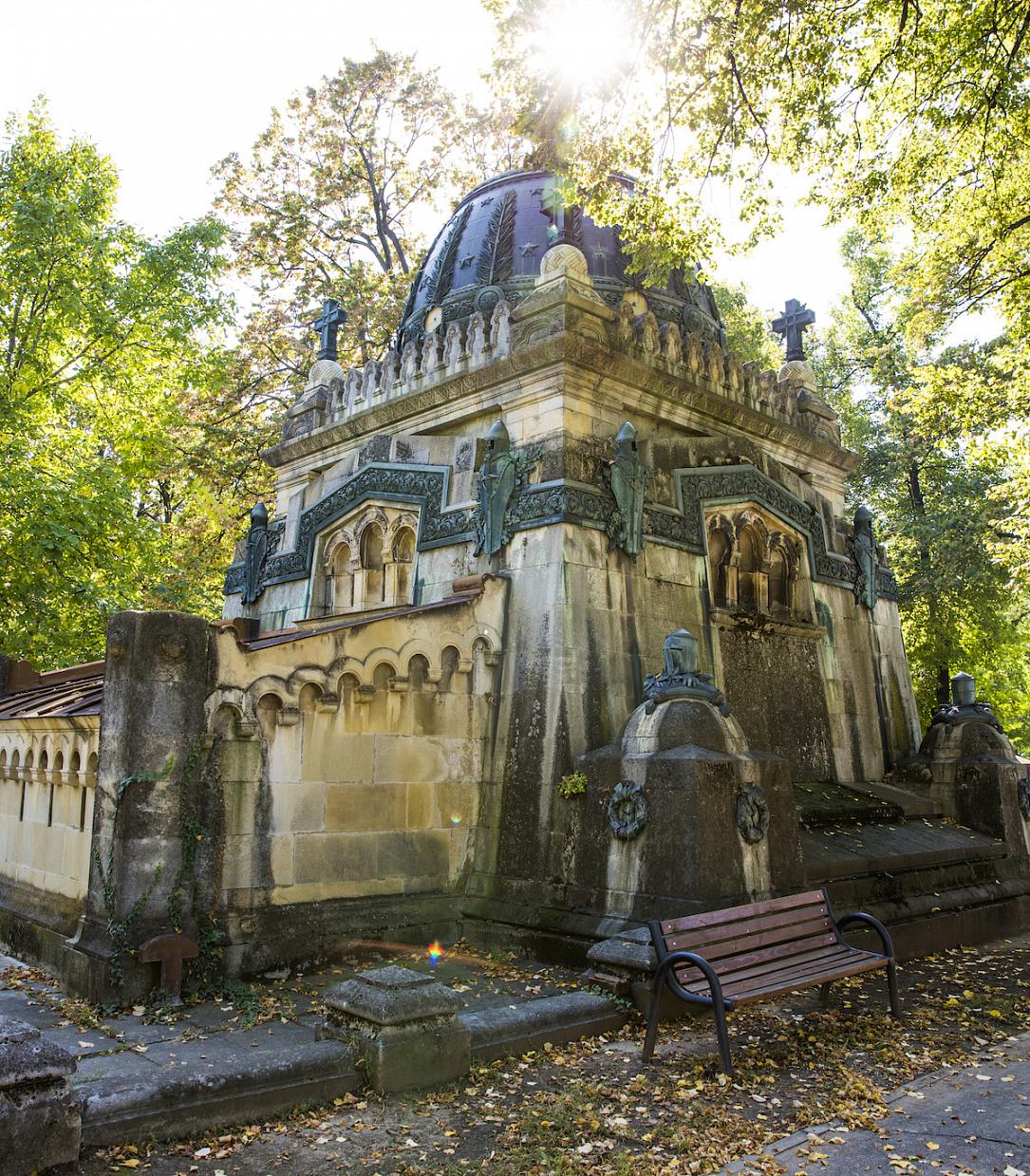 Although lesser known than the Merry Cemetery in Săpânța, the Bellu Cemetery in Bucharest is a true open-air museum, a landmark on the cultural map of the city. Writers, musicians, actors, academics or people who over time have changed the course of Romania from positions of power have found their eternal rest here. Their names are written on simple wooden crosses or on true works of art with impressive details. It may not be the most obvious option for tourists, but the cemetery will certainly make for an unforgettable visit.

It is shortly after noon when we go out of the subway and the sunlight makes us look away for a moment as we climb the last stairs to exit towards the street. We know that we have to walk a few hundred meters to Bellu Cemetery and we only take few steps before seeing the entrance on the other side of the busy road: a large, white building, with an imposing entrance above which the name “Șerban Vodă Cemetery” is written.

The official name is Șerban Vodă Cemetery, but most call it Bellu. This is where, before 1850, baron Barbu Bellu owned a large orchard with oranges. He donated the land to the state and, here, on the little street then called Șerban Vodă, this cemetery was created. Until then, most people were buried in churchyards, but a new law changed this, so cemeteries started to be set up on the city’s outskirts.

We enter the cemetery and head towards the map that lists the most important personalities buried here. A similar map is also found at the other end of the main alley, near the chapel. The Bellu Cemetery covers 28 hectares, and such signs help us find our way around.

First we stop at the grave of Mihai Eminescu, Romania’s national poet. It is one of those perfect autumn days, with the sunlight filtered by the trees’ thick crowns. You rarely see anyone on the cemetery’s alleys. Yet there are many fresh flowers on the national poet’s tomb, a sign that people come here no matter the day or season.

Other important writers such as Ion Luca Caragiale, George Coșbuc, Mihail Sadoveanu, George Călinescu and Liviu Rebreanu rest near Eminescu on this alley. The writers' alley can overwhelm you with the greatness of the names and their heritage. It’s no wonder that, as we decide to move on, two young people approach, looking for the same great names. They smile when they spot them and head in that direction.

Another special place is the alley of artists, with the burial places of other personalities very loved by Romanians. Among them, Toma Caragiu, Amza Pellea, Gheorghe Dinică, Maria Tănase, Gică Petrescu, Dem Rădulescu and many others.

Funerary monuments, old and new crosses, some blackened by time, others still of a bright white, busts and other sculptures are spread throughout the cemetery. We find modest wooden crosses that blend perfectly with the rusty autumn leaves and tombs that now have shades of grey. We spot monuments that include more colorful elements, green, red or copper-colored. Different sizes and shapes all around us, a strange but charming mix.

Not far from the entrance we find the tomb of Iulia Hașdeu, the brilliant daughter of writer Bogdan Petriceicu Hașdeu, who died of tuberculosis at almost 19 years old. Her tragic destiny makes us stop here for a while, but that’s not the only reason. We also know the tomb’s story: it is said that Iulia Hașdeu’s father built this tomb according to instructions she gave from beyond the grave. Indeed, it stands out: at the top of the monument, where we usually see a cross, two sphinxes hold the world globe on their shoulders, and below there’s a clock that seems to have stopped in time. “Stay a little longer” is carved on the tomb.

The cemetery’s alleys hide many other stories. One of them is that of Constantin Poroineanu (1843-1908), one of the richest landowners of the time. The story says that, following a love affair in Paris, he had a daughter whom he kept hidden from his wife and son back home. Years later, his son went to Paris to study as well, and there he fell in love and even married the one who would later prove to be his sister. The news was so painful for the two lovers that they decided to take their own lives, followed shortly by their father.

The two young lovers were buried in Bellu next to Constantin Poroineanu. Their funeral monument catches the eye of anyone who passes by: a man on his knees crying at the bedside of a woman. An artistic work of a dark, sad color, signed by the Italian sculptor Raffaello Romanelli.

Some of the largest and most impressive tombs in the Bellu Cemetery bear the signature of famous Romanian architect Ion Mincu. The first one we notice is where the Gheorghieff brothers, both bankers, are buried: a truly imposing architectural monument, with decorations made by sculptor Frederic Storck. The Cantacuzino family mausoleum also bears Ion Mincu's signature and is one of the monuments with the most complex and beautiful details. It is guarded by sculptured knights and bears the family’s coat of arms. Autumn colors seem to give it an even greater force.

A mountain peak that tells the tragic story of climber Sophia Mavrodin, the statue of the “lady with the umbrella,” the elegant statue of Angela Isvoranu’s grave, the busts of the Rosetti family, and the dark sculpture of Doctor Petrini Paul's grave are other monuments that make us stop for a few minutes.

In a quietness that has slowly become normal here, in the middle of such a lively city, we climb stone stairs to see some of the oldest graves. We walk carefully among the monuments and sculptures, as if we fear we might disturb the order of the place. We stop for a few moments in front of small wooden or stone benches, some covered with dry leaves. We continue to walk among the old ivy-covered tombs and statues that fascinate us with their details. There are many things to see here, but also in the Bellu Militar Cemetery that is linked to this one. We decide, on the spot, that we have to return soon.

Named by some "the younger brother of the famous Père Lachaise cemetery in Paris,” the Bellu Cemetery is truly impressive. In 2010, it was included on the map of European sights.

To keep in mind

A guided tour can take about two hours, but those who choose to discover this place alone can spend much more time here.

The mobile phone can be of help during the visit, as there is no detailed information about the monuments or those buried here. A quick search on the Internet can reveal interesting stories, but it is probably best to go with someone who knows Romanian well.

This text is part of a project under the program of promoting the touristic heritage "Destination: Bucharest", carried out by the Bucharest City Hall through the Public Monuments and Touristic Heritage Administration (AMPT). 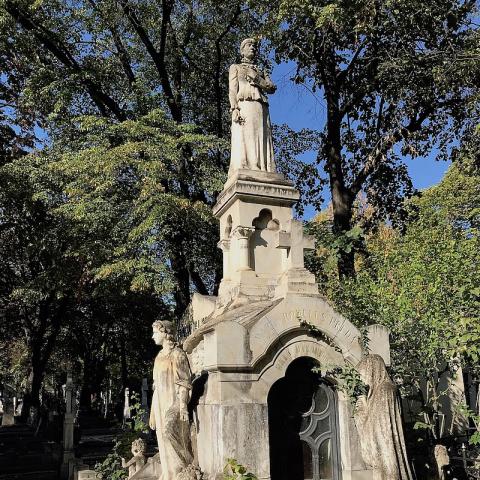 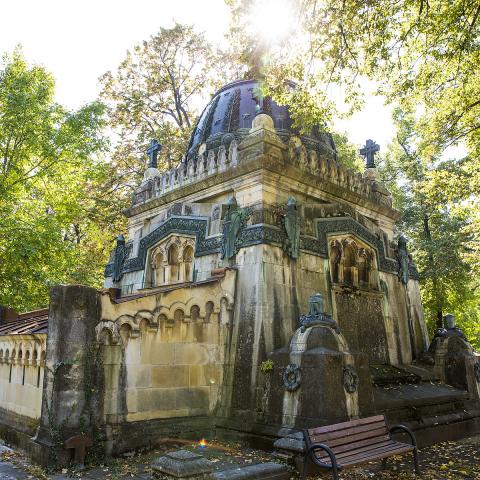 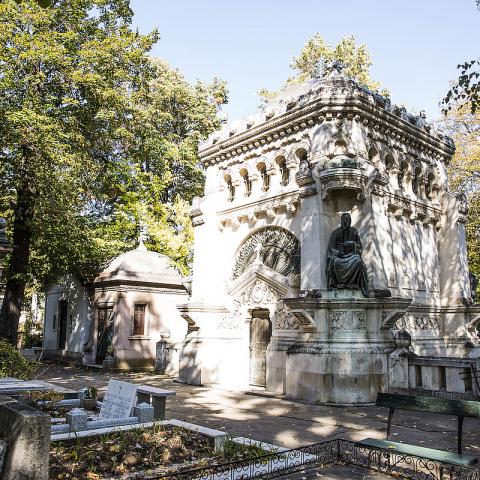 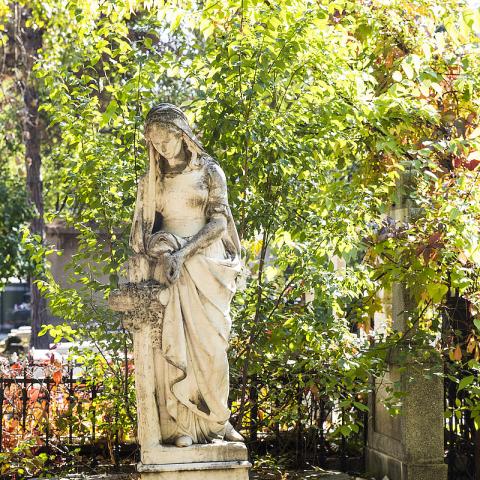 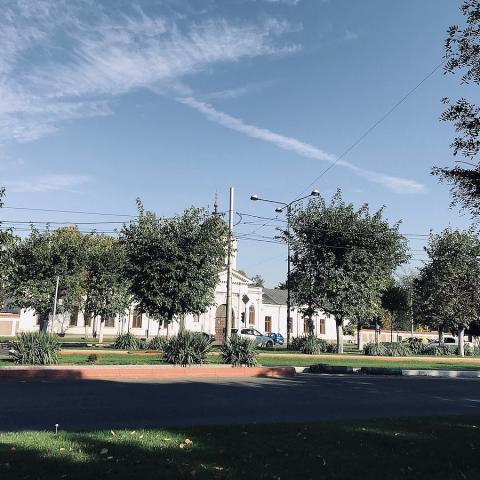 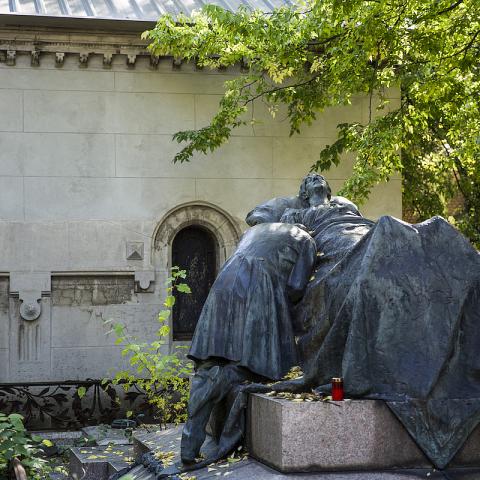