DeepRock Minerals of Canada buys another gold concession in Romania 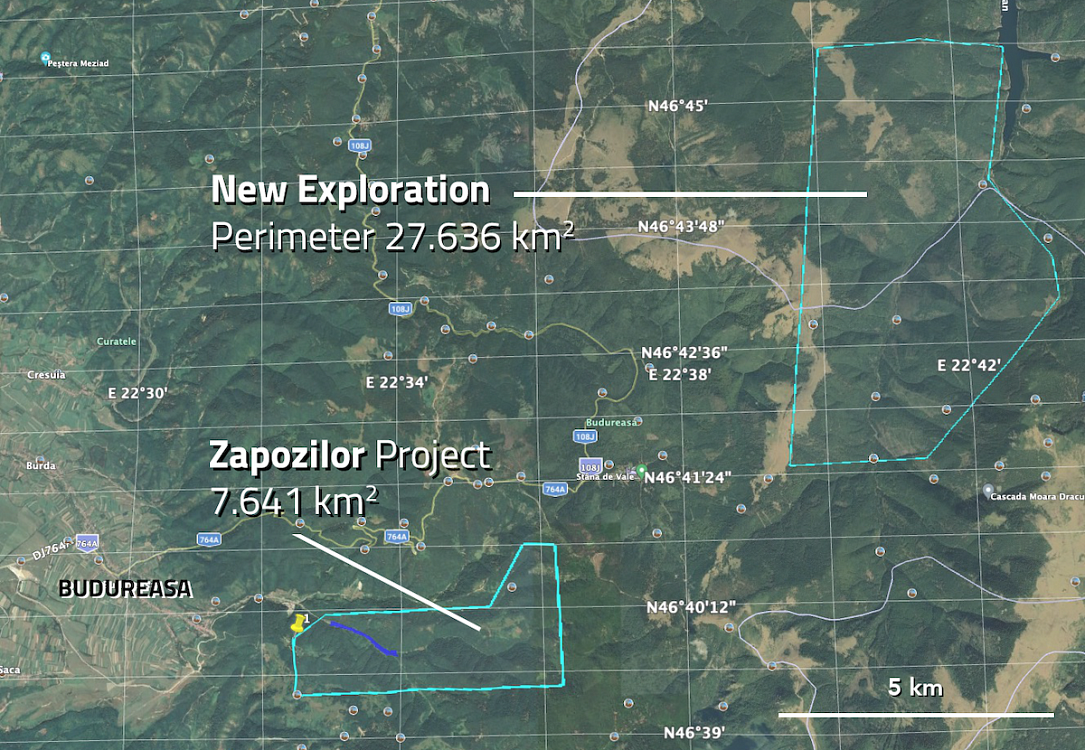 Canadian mining company DeepRock Minerals, specialized in the acquisition, exploration and development of mineral perimeters, has entered into a purchase agreement to acquire the second perimeter in Romania, in the Apuseni Mountains, for the exploration of a prospective gold exploration property, the company announced.

According to the terms of the deal, DeepRock is paying upon signing CAD 275,000, will issue 9 mln shares at an estimated price of CAD 0.08 per share to the seller when the exploration license is granted to DeepRock or its subsidiary, plus another 9 mln shares at the same price, later, according to Thenewswire.com.

This expansion will increase DeepRock's land position in Romania from 764 hectares to 3,528 hectares (461%).

Both properties have significant amounts of gold-bearing minerals with advanced underground works.

The company recruited in May this year Adrian Volintiru, former CEO of Romania's largest natural gas company Romgaz, to conduct local operations, according to Profit.ro.

The new property purchased by DeepRock, in northern Romania, is about 5 kilometres away from the company's current gold project - Zapozilor Polymetallic Gold Project.