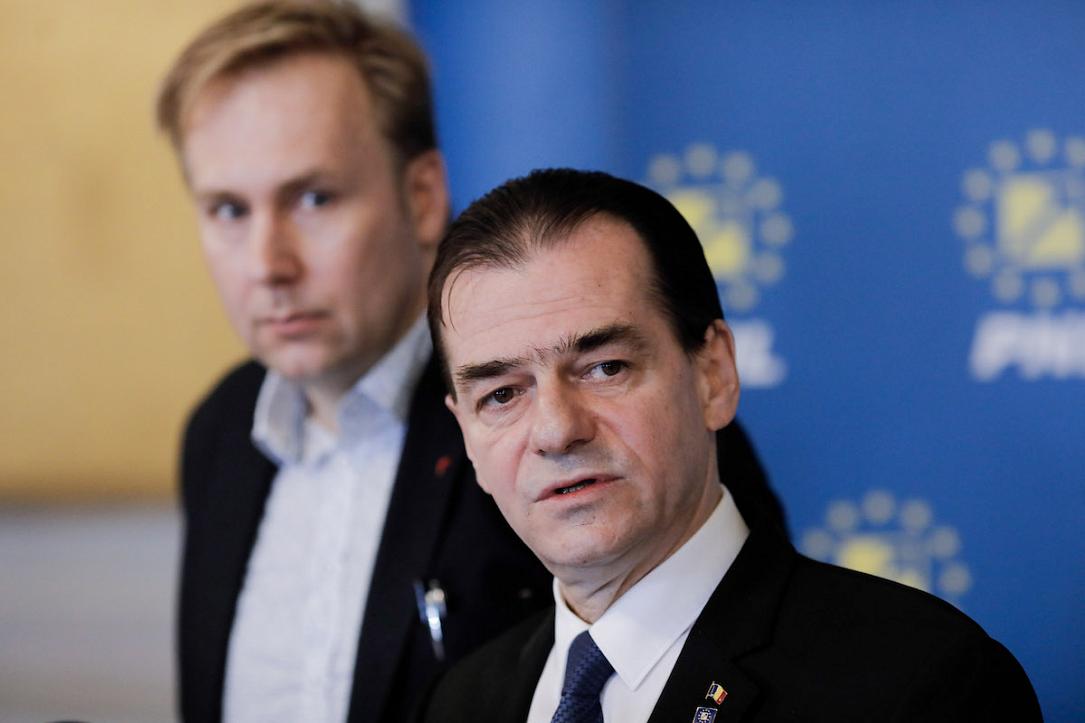 All the leaders of the National Liberal Party (PNL) - the ruling party in Romania, including acting prime minister Ludovic Orban, have decided to self-isolate at home after a Liberal senator tested positive for coronavirus. Orban said that he would self-isolate at the Lac 1 Villa, local Hotnews.ro reported.

Meanwhile, all ministers will be tested for coronavirus and will remain isolated in their offices to avoid direct contact with others, Ludovic Orban announced on Friday in a press conference, in which he had health minister Victor Costache alongside him. He also recommended the journalists to self-isolate themselves at home and ask for the test.

“We will be at the disposal of the doctors, who will conduct the investigation for all the persons with whom we have come in contact. I, as interim prime minister, will isolate myself at Vila Lac, where I will make all the decisions. The ministers will see where they will isolate themselves until the test results come. I recommended that they do not have any contact with any employees,” said Orban, who assured that the ministers will continue to exercise all their duties, according to News.ro.

The infected PNL MP is senator Vergil Chițac. He attended the meeting of PNL’s National Political Bureau and thus all members of this forum will be isolated at home. Moreover, all senators from the PNL senatorial group will self-isolate as well, the acting PM announced.

According to Agerpres, journalists’ access to Victoria Palace (the Romanian Government’s HQ) was temporarily restricted to prevent the spread of the coronavirus.

President will hold consultations for new PM by videoconference

President Klaus Iohannis will hold consultations for nominating a new prime minister by videoconference, after Liberal leader and acting PM Ludovic Orban went into self-isolation. Orban is also the most likely to be designated for a new prime minister mandate after finance minister Florin Citu announced the president he didn't want to become PM just fours before the vote in the Parliament on his new Government. Citu was reportedly convinced by Orban to withdraw after it became clear that he would get enough votes to become Romania's new PM.

President Klaus Iohannis will announce the new designated PM this evening and the vote on the new Government could take place on Monday. However, given that many Liberal MPs went into self-isolation, the Parliament is now looking for ways to organize the voting remotely. One of the proposals is to use the Whatsapp instant messaging platform, according to G4Media.ro.