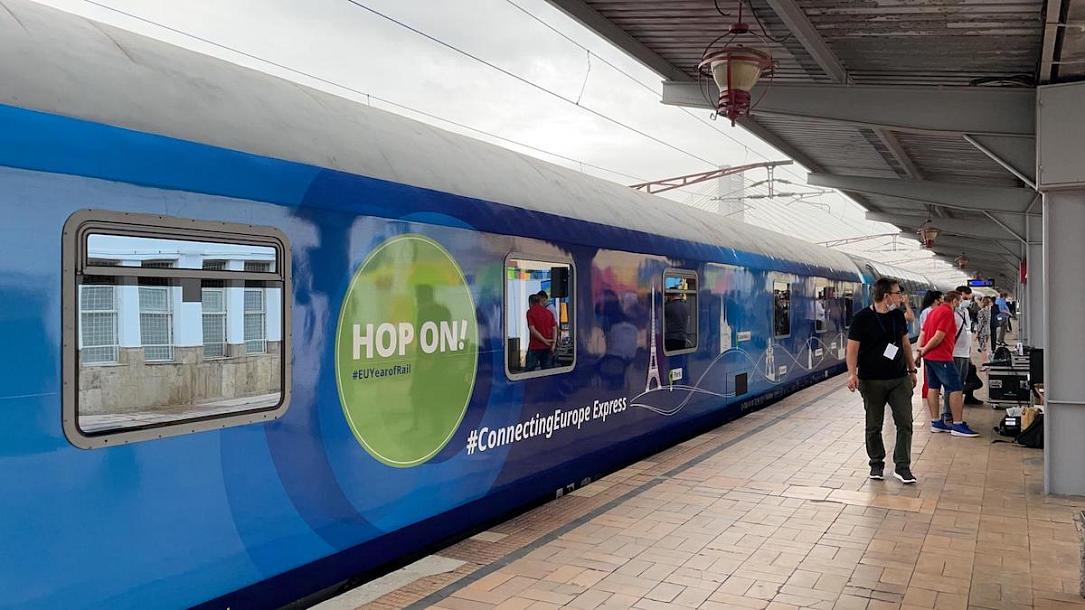 Connecting Europe Express, a train travelling across the EU to promote the benefits of rail during the European Year of Rail 2021, arrived in Bucharest’s Gara de Nord station on Friday, September 17.

The train entered Romania at the Ruse-Giurgiu border point. Its first stop in the country was at Giurgiu, where it stayed for 27 minutes, according to Digi24.

In Romania, the Connecting Europe Express covers 900 kilometres and makes several stops along the way, including in Brasov, Sibiu, Cluj-Napoca, Oradea and Arad. It will exit the country on Sunday, September 19.

The Connecting Europe Express pulled out of Lisbon station on September 2 and will stop in more than 100 towns and cities during its five-week journey before arriving in Paris on October 7.