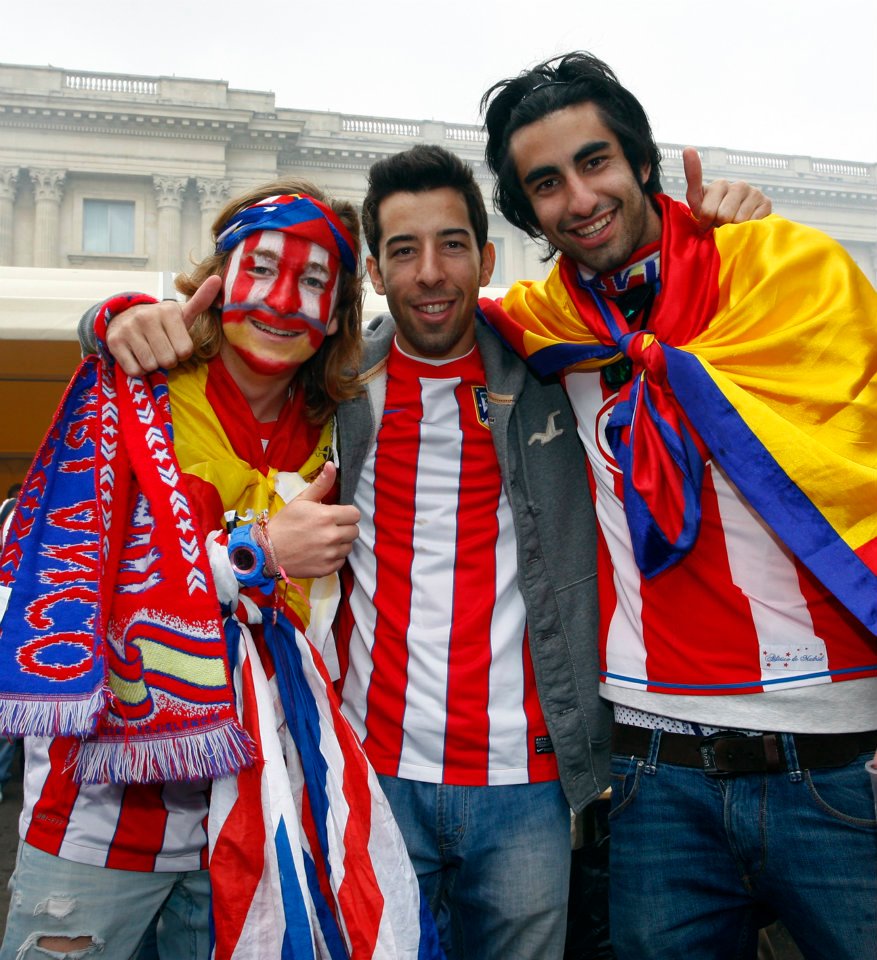 Bucharest was inundated by a sea of Spaniards for two days last week as Atletico Madrid and Atletico Bilbao fought the all-Spanish UEFA Europa League final.

Most people agree that the Spaniards behaved themselves very well and caused few problems. I sat eating dinner on a terrace next to a table full of them who began singing, although not too noisily. I got up in bad temper and moved indoors, but this shows how bad tempered I am. The fans bought me a glass of wine, which was terribly nice of them and made me feel almost ashamed.

They were nice boys (actually most seemed over 35), slightly grave, not sons of Belial addled with wine, although they kept me awake (I live in the Old Town) on the night of the famous victory.

Nice boys and a few girls. Which seems to me strange because the rituals of football fans, the scarves and whistles and costumes (I didn’t see any rattles – do they still exist?) are so very male and men usually do not like women intruding into these male mysteries, aware that laughter from women will make them realize instantly how ridiculous they are. But football patriotism transcends even female smirks.

They are very different from English football fans, who display the same fighting spirit that their forefathers did at Crecy and Agincourt – in other words they are yahoos.

Around 400 Athletic Bilbao fans chartered a plane to Budapest, instead of Bucharest, and missed out on the Final. I hope the Danube and goulash made up for their disappointment. They are not the first to have made this mistake. I knew the foreign head of an international law firm who relocated here confusing the two and was, I regret to say, indignantly disappointed for years.