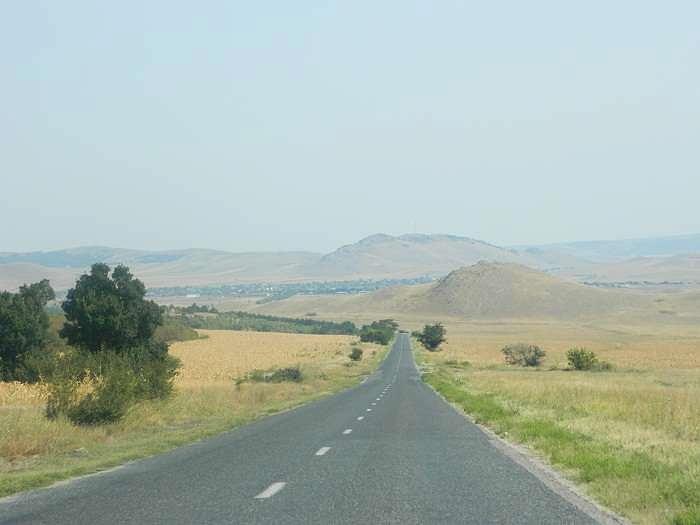 Why do Romanians reelect arrested mayors? Guest writer Ronnie Smith puts the events that have recently made the headlines in Romania into context.

During my nine happy years in Romania I have met many foreign businessmen, diplomats, financiers and regular visitors. All have been, to a greater or lesser extent, in love with the country and its people. Every one of them has told me that ‘given a few more years of this or that kind of development or reform process, Romania will change and become normal’.

I used to agree with these people, it was obvious at that time. I used to think that, as the country sailed further from the whirlpool of the Ceaucescu era and through the calming sea of post-communist development, Romania would of course become normal. Then gradually, during the cruise, two questions emerged which made me realize that the whole foreign idea of Romanian normality is complete and rather insulting nonsense.

The first question is, ‘actually, what is ‘normality’ anyway?’ Is it British normality or American or German or French or even Russian? Is there a standard global normality out there to which ‘normal’ countries conform and which Romania is just a few tantalizing years away from achieving?

Looking at the world today, I don’t see any such thing as normal. I see a lot of instability and violence and considering things as a whole, on the basis of my personal experience, Romania actually turns out to be probably the most peaceful and strangely stable countries around. But the reasons for this stability some people find difficult to understand in their search for ‘normality’.

The continuing scandal that has consumed the Bucharest National Opera Ballet has helped me understand that there are differing perceptions of normal and in this case there are two. The first is what we might call international normal in which a national cultural organization might be expected to strive for a higher level of performance, for greater recognition and enhanced credibility on the world stage.

This is exactly what Romania’s national ballet company has been doing for the past two years under the excellent leadership of Alina Cojocaru and her partner Johan Kobborg. Ms. Cojocaru is universally recognized as one of the world’s best ballerinas ever and Mr. Kobborg is an outstanding Artistic Director who has created a wonderful company bursting with youthful talent. I have enjoyed every performance that I have attended and have been happy to support the worked that these artists have committed themselves to.

Yet, even though Ms. Cojocaru is Romanian and her work has created a world class company of which all of Romania should be proud, the Opera’s establishment see her as an enemy. They appear to believe that the new leadership of the ballet have made the company un-Romanian. They perceive Romanian dancers, Romanian methods and Romanian art to have been discarded in favor of overwhelming foreign performers and influence and they have rejected the entire project. They have rejected it and dug in to their trenches to the extent that the Ministry of Culture cannot find a compromise.

The international media are outraged and Ms. Cojocaru and Mr. Kobborg find nothing but sympathy around the world but it makes no difference. The Bucharest National Opera Ballet will not be moved and this is normal. I know it is normal because I have seen and experienced the same thing in other Romanian organizations where the assumption that change and renewal will introduce a new ‘normal’, assumed to be utterly desirable, is completely and summarily rejected by more than those considered to be the establishment.

This happens not simply because a tired old guard continue to fight to maintain their positions and methods, they receive support for their reaction from unexpected quarters. No, the fact is that there is actually a Romanian ‘normal’ that can and probably should be defended against attempts to introduce a foreign ‘counter normal’.

This brings me to my second question, ‘even if this global normal exists, why the hell should Romania be made to fit it in any case?’ Who says that Romania should be like Britain, America, France or any other country, where is it written that Romania can’t be Romania?

I know that some will come back at me and ask, ‘Well why not? Why shouldn’t Romania be as ‘normal’ as all these other countries, what’s the problem?’ I’ll tell you the problem by citing a two very important examples. In most of the ‘normal’ countries that people talk about, there is a general acceptance of and adherence to what we call the rule of law. In Romania, in a very subtle and fundamental way, that feeling or sense of obligation does not actually exist among the general population.

Where I come from, when faced with a car coming towards me, driving the wrong way down a one-way street, I and everyone else will stop and force the driver to reverse back up the street. He is breaking the law and he should be forced to un-break it. In Romania, this does not happen. Someone driving the wrong way down a one-way street will be allowed to pass no matter the inconvenience passed. That is because all the other drivers realize that one day, perhaps later that same day, they will do the same thing or drive the wrong way on a roundabout or not stop at a pedestrian crossing or perform an illegal U-turn…

In Romania accepting the rule of law is replaced by what we might call a form of ‘desperate utility’, a need to do whatever has to be done in one’s own self-interest at any particular time. So if you must pay a bribe to get what you want – pay it. If you want to make greater profit in business – dilute your product or ignore the fire regulations and so on.

My second example concerns the concept of embarrassment or, in some cases, shame.

In many ‘normal’ countries politicians’ biggest fear is embarrassment. They fear being seen in the public eye as being either wrong, dishonest, stupid, and/or corrupt. They hate that because it usually results in the end of their public career with all the trimmings and bonuses that brings them. They hate it most of all because they hate being exposed as weak. Some of them even exhibit something called shame, they are ashamed at having broken the popular, unseen acceptance of the rule of law.

I have yet to see a politician or businessman in Romania (often the same thing) show one ounce of embarrassment while being escorted from the front door of their home, standing on the steps of the prosecutor’s office or when being led from court. I see heads held high, I see expressions of defiance, I see indifference but no embarrassment and certainly no shame.

Unlike in ‘normal’ countries, people don’t care about appearing to be right and honest, they care primarily about being materially successful, about being influential and about looking after their families. And because this is Romanian normal, the voting public are willing to accept and vote for candidates who have been arrested, are under indictment or who have served prison sentences.

Furthermore, a number of people are wondering why the phenomenally corrupt PSD did so well at the weekend’s local elections. It must be remembered that PSD has not changed, certainly during the years that I have been in Romania. They stay organized and united and present themselves as the guarantors of Romanian normality while their opponents bicker and fragment and appear to flirt with the ‘normality’ of foreign influences. PSD represent stability and continuity in Romania.

And looking at the government of Mr. Dacian Ciolos, we must understand that to many Romanians, even after all that has happened and will continue to happen, the unelected ‘technocrats’ with their fiscal martial law and their war on corruption also represent a foreign normality that can only be temporary. And I suppose that people will continue to come to Romania from other countries, with the best of intentions and assume that in just a few more years everything will become ‘normal’ here, on the eastern edge of Europe, closer to Istanbul than to either London or Paris.