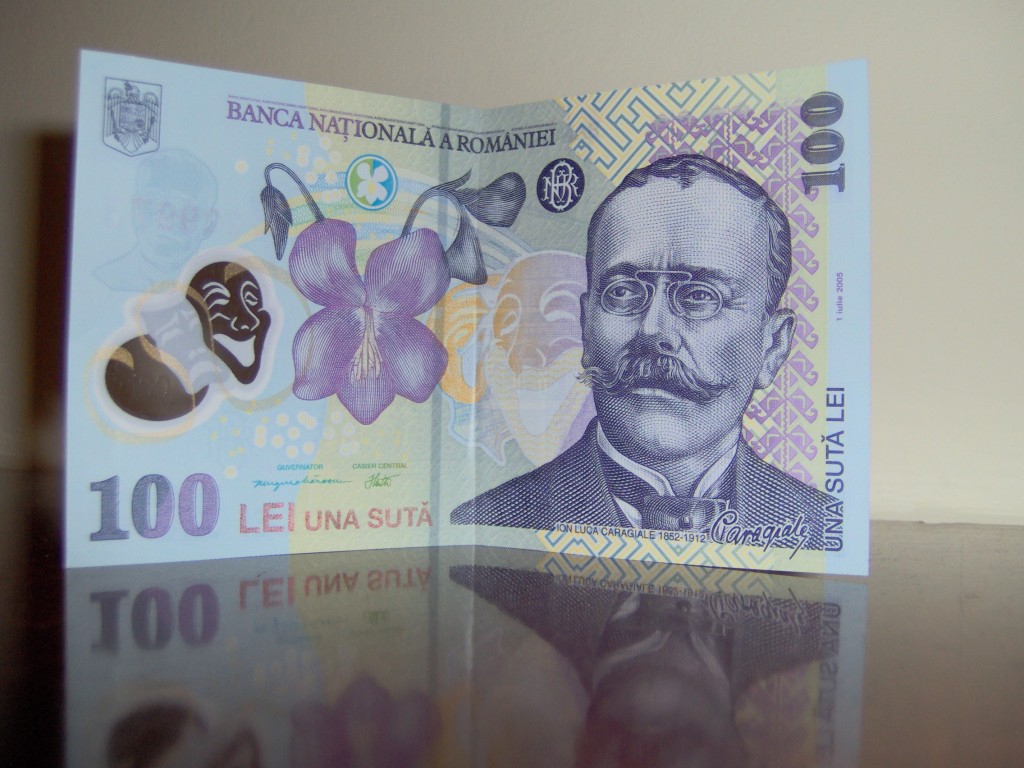 This is a guest article by Tom Cleveland from ForexTraders.com

Financial headlines have been replete with discussions about the travails in Greece, Portugal, Ireland, and Spain, but rarely do we hear about the progress being made in bordering states, more specifically, Romania. Dubbed by the IMF as the poorest nation in the European Union, Romania has made great strides since the recession hit with full force back in 2009.

In 2008, GDP growth had topped 7.3 percent, but a major reversal soon ensued in 2009, driving a 6.6 percent contraction that required USD 27 billion in bailout funds from the IMF, the World Bank, and the European Union.

Romania joined the European Union on 1 January 2007. It is expected to adopt the Euro in 2015, but there is a great deal of work that must be completed before this goal can be achieved.

The progress in Romania can be demonstrated by reviewing the pricing history of its national currency, as depicted in the chart below: 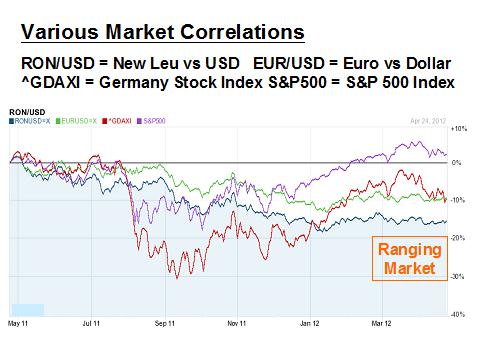 For the past year, the chart depicts pricing correlations between the Leu, the Euro, and major stock indices. There are some insights that can be drawn from the data presented above:

Stock valuations tend to be much more volatile than similar processes for currencies;

Markets have recently consolidated their respective growth phases and are “stuck” in a tight, sideways “ranging” mode at the moment;

From a fundamental basis, Europe has removed the urgency surrounding its ongoing debt crisis, financial markets responded favorably, but they are presently searching for direction. It is a fact of life that ranging markets eventually transform into trending markets, but the eventual direction, whether up or down, is the current conundrum;

The Romanian Leu has tracked very closely with the Euro over the twelve-month period, displaying a correlation that will bode well for its nation’s stated goal to adopt the Euro as its national currency.

Currency correlation is only one of many performance measures that must achieved by 2015. The Maastricht Treaty criteria dictate that, before joining the eurozone, the Romanian economy must meet a number of statistical convergence tests. These tests include:

The inflation rate should be no more than 1.5 percentage points above the rate of the three EU countries with the lowest inflation;

The long-term interest rate should be no more than two percentage points above the rate in the three EU countries with the lowest inflation;

The national currency's exchange rate should have stayed within certain pre-set margins of fluctuation, plus/minus 15% for two years;

The budget deficit must generally be below 3 percent of GDP, and

The public debt should not exceed 60 percent of GDP.

Although Romania is making headway, it has not been without pain. The nation’s leaders have faced both a budget and a currency crisis, necessitating severe austerity measures to right the ship of state. Nearly seventy hospitals have been closed. Civil service jobs have been cut by 185,000, benefits slashed by 15 percent, and wages reduced by 25 percent. Although painful measures were at first met stoically, protests eventually ensued when the government announced what was seen as partial privatization of the health service. As a result, Prime Minister Emil Boc and his cabinet were replaced.

Within this turmoil, the desire to convert to the Euro remains, indicative of a small country where speculators can wreak havoc with risk-averse capital flows. In times of crisis, capital can suddenly flee from an eastern European country like Romania, causing a precipitous devaluation in the nation’s currency. Romanian banks are already under stress due to Greece, but the safety net provided by the Euro is the goal of officials in Bucharest.

Global competitiveness will dictate priorities for the road ahead, but positive growth is a step in the right direction. 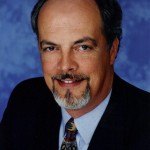 Tom Cleveland is a senior market analyst with a degree in engineering from Georgia Institute of Technology and has done graduate work in Finance at Georgia State University. Mr. Cleveland’s recent work has been teaching beginner investors how to apply binary options trading to their portfolio along with providing daily commentaries for major market news outlets.