Bucharest public transport to be modernized with EU money 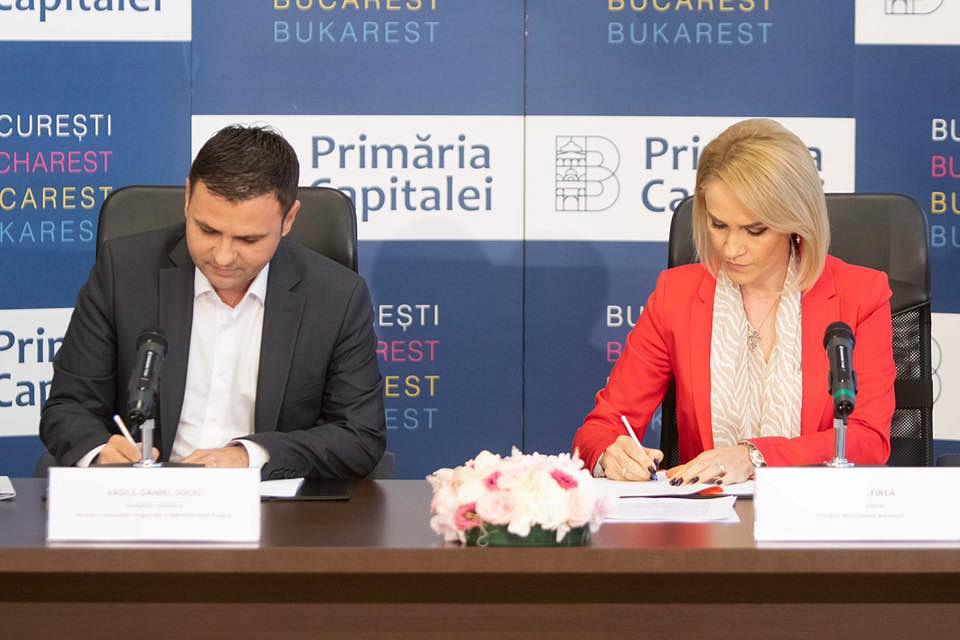 The projects target the acquisition of 80 trams, 100 electric buses and the modernization of a 1.1-km section of double tram line on Vasile Milea Boulevard, according to a press release.

“We have signed today 11 financing contracts under the 2014-2020 Regional Operational Program, with a total value of about EUR 230 million, of which the grant is over EUR 177 million,” mayor Gabriela Firea said on Thursday.

Two other financing contracts were signed in October and December 2018, and these target the acquisition of 20 trams for lines 55 and 40, the mayor also said. The total value of the two projects is of about EUR 42 million, with the non-reimbursable funding amounting to some EUR 34 million.

In total, the 13 projects submitted under the Regional Operational Program have a value of EUR 272 million, and the non-reimbursable funding stands at over EUR 212 million.

“We have two other public procurement procedures in progress, for 100 new trolleybuses (launched in February 2019) and 130 hybrid buses (March 2019), the estimated value of the purchases being over EUR 96 million, more than EUR 71 million being non-repayable funding from the Environment Fund. Both procedures are in the technical evaluation stage of the tenders,” Firea also said.

The Bucharest mayor added that this “is probably the most ambitious program for public transport at national level.”