Skip to main content
Bucharest Centennial: Xavier Villacrosse – one of the first foreign architects of Bucharest 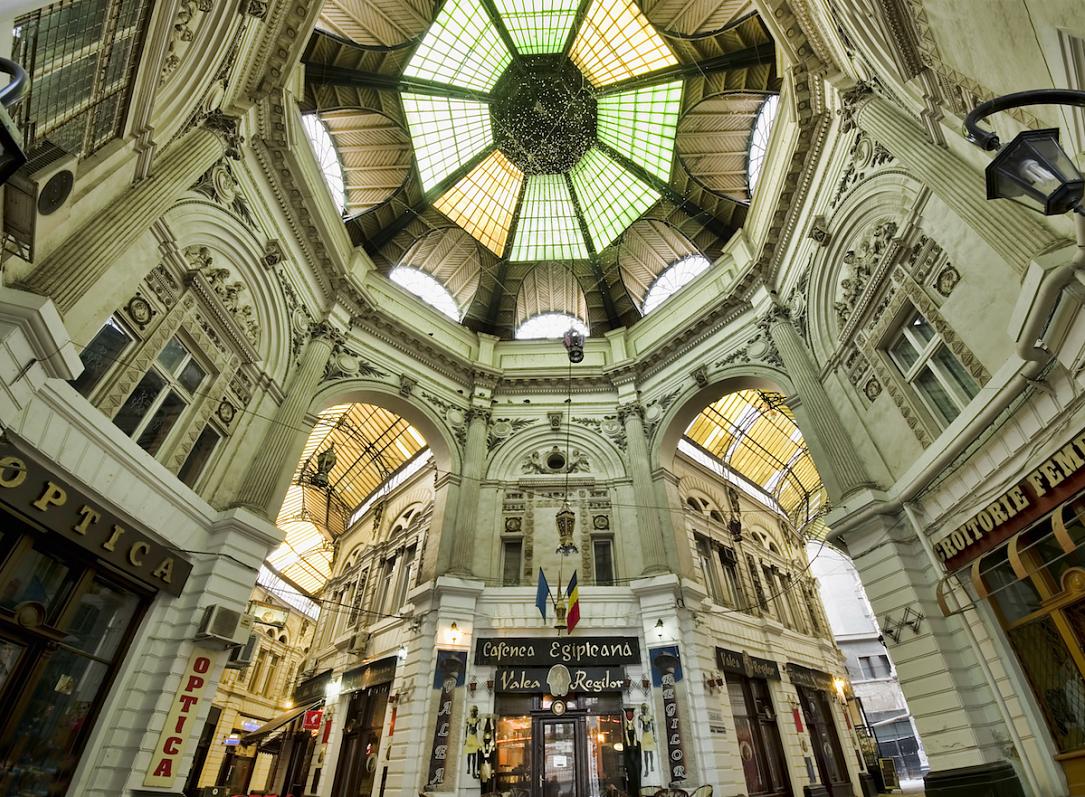 During the opening decades of the 19thcentury, the first European architects started to work in Bucharest. Coming from Germany, Austria or France, they arrived in a city that was transforming itself, due to the Organic Rule, introduced in Ţara Românească (Wallachia) in 1831.

One of the architects working at the time was Xavier Villacrosse. He is believed to have Catalan or French origins, but little is known about his arrival in the Romanian province. He was involved in various projects to modernize the capital, where the number of houses doubled between 1831 and 1878, and a 50% increase was registered between 1878 and 1896. The development went on in parallel with the political events that led to the union of the principalities in 1859 and to the Great Union of 1918.

One of the buildings that Villacrosse designed in the capital was a palace of prince Grigore Dimitrie Ghica. The prince, who was concerned with improving the capital and decided to pave the streets, chose to build the palace on the land they owned close to the Tei Lake. The palace was built in the classic Italian style.

Villacrosse was also tasked with turning the Golescu House into a princely palace. The house stood on part of the plot of land where the former Royal Palace, today’s National Museum of Art of Romania, sits. Built in the Neo-Classical style, with 25 rooms, the house was one of the largest buildings in Bucharest at that time. After becoming the property of the state, it housed for a while the Administrative Council. In 1837, the house was turned into a palace on Villacrosse’s plans. It was a palace of prince Alexandru Ioan Cuza, the first ruler of the United Principalities, as well as a residence for King Carol I later on. During his reign, the building was incorporated into the new royal palace he built.

Villacrosse was appointed chief architect of Bucharest in 1842, a job he held until 1848, and, later, between 1849 and 1850. During this period, he built the headquarters of the Bucharest City Hall. Called the House of the City, the edifice places Villacrosse in the history of the capital as the only chief architect who managed to build the headquarters for the City Hall. After 1882, the institution was located inside various rented buildings. The House of the City was demolished during the works to adjust the course of the Dâmbovița river.

Several of Villacrosse’s projects targeted the refurbishment of churches. Among them is the Zlătari church, on Calea Victoriei. Behind the church, painted on the inside by Gheorghe Tattarescu, stood the inn of the same name, demolished when Calea Victoriei boulevard was enlarged. He also worked on the consolidation of the New St. George church, which had been built by Constantin Brâncoveanu in 1705-1707.

Besides the job as the city architect, Villacrosse was appointed an architect of the state. As such, he redid the plans of the city of Drobeta Turnu Severin, initially drafted by architect Moritz von Ott. Drobeta Turnu Severin was established in 1833, when ruler Alexandru Dimitrie Ghica issued an act on its founding. Villacrosse planned it, taking into account the preservation of the ancient ruins in the city. Drobeta is also the place where King Carol I first entered Romania, having arrived by ship on the Danube.

Although it carries the name of Villacrosse, the Macca-Villacrosse walkway in Bucharest was not built by the city’s former chief architect. Still, it carries the name of the two sons-in-law of dragoman Petrache Serafim: architect Villacrosse and furrier Mihalache Macca. Both
were married to the daughters of the dragoman. They inherited each a part of the Câmpineanu Inn, which stood in the 19th century at the crossroads of Podul Mogoșoaiei (today’s Calea Victoriei) and Lipscani street. The inn was functional until the passageway, designed by architect Felix Xenopol, was finished in 1891. 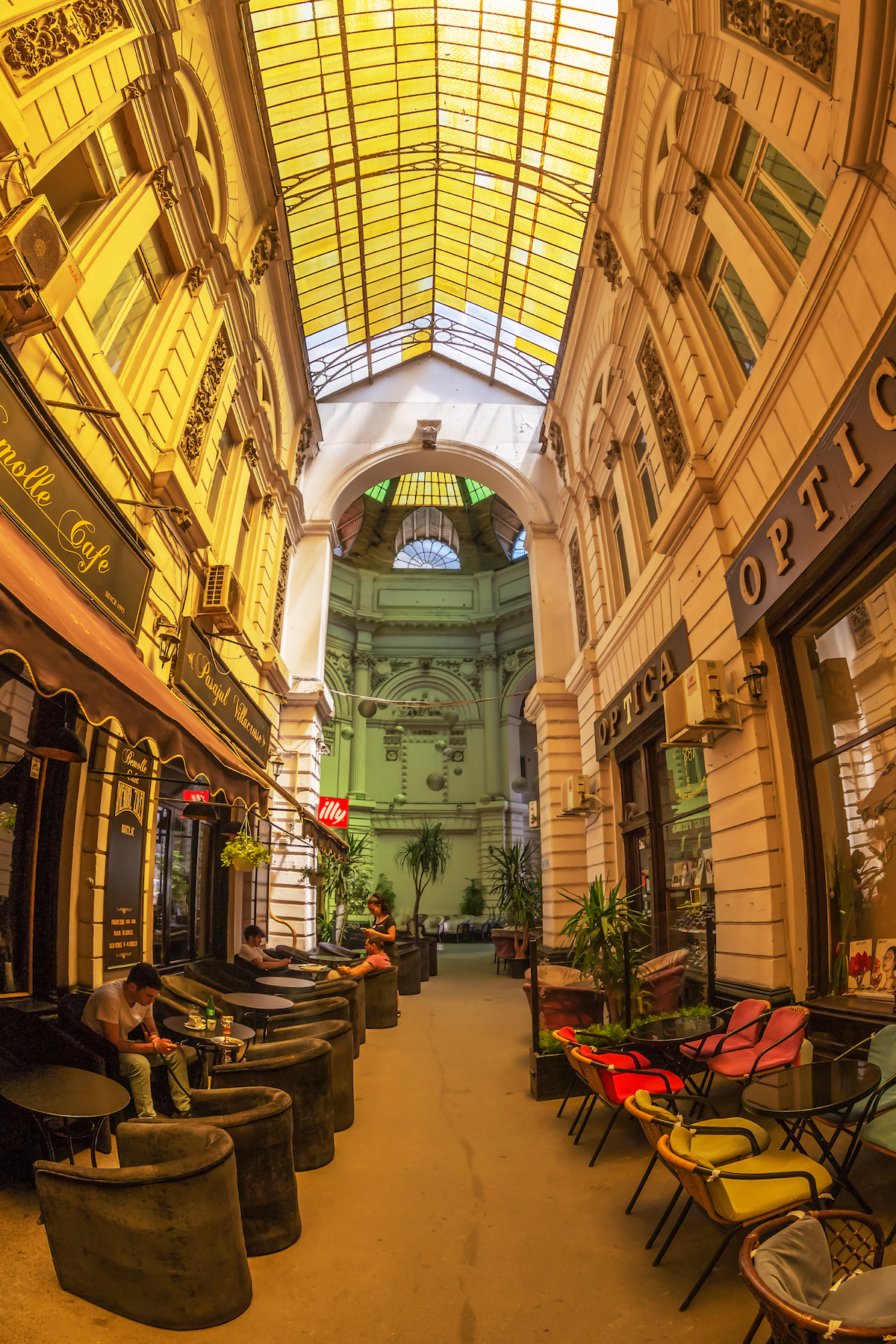 The walkway is made up of two alleys starting from Calea Victoriei and meeting close to the exit towards the Eugeniu Carada street, which lines up a side of the palace of the National Bank of Romania. The Bucharest Stock Exchange had its first headquarters inside it. Today, the walkway hosts various cafes and stores.