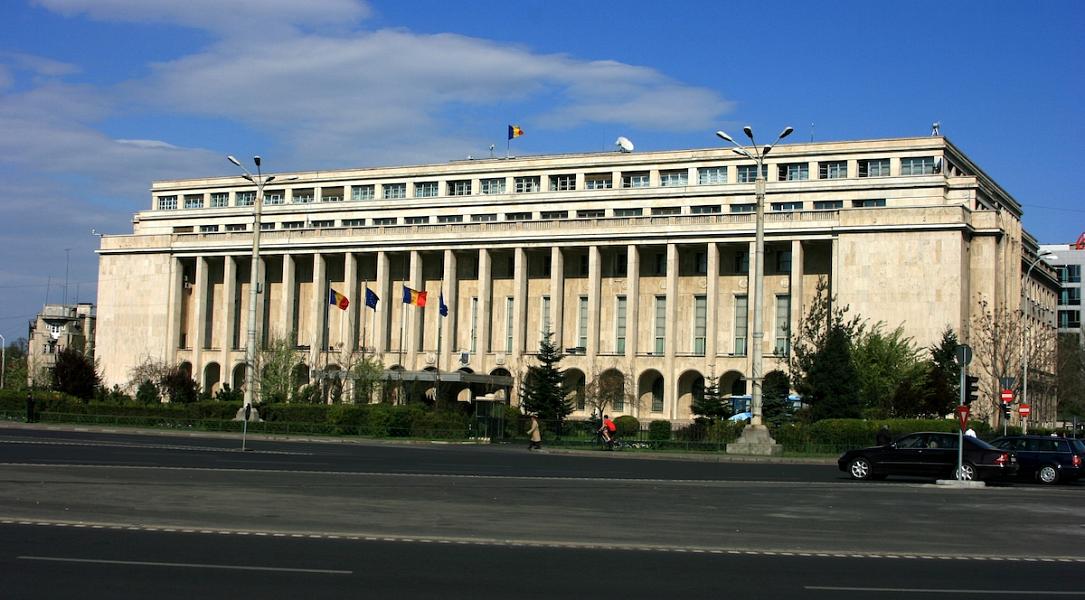 The author of 150 public and private constructions in Bucharest and in the country, Duiliu Marcu is one of the most important Romanian architects. His career, spanning from 1912 to 1966, reflects the evolution of local architecture in the first half of the 20thcentury, from the Neo-Romanian style and the preoccupation with the national characteristics, to modernism, which Marcu interpreted in a personal manner. Historically, it is the period when Great Romania was formed, following the 1918 Union, and of the development that followed, a period when four monarchs reigned and, later, the communist regime settled in.

The architect himself described his activity as being divided into three stages, with most works developed before 1945. After this date, Marcu dedicated himself to teaching. He was a professor at the Ion Mincu Architecture Institute in Bucharest (1929-1957), a president of the Romanian Architects’ Union (1953-1966), and a member of the Romanian Academy, beginning with 1955.

A first stage of his career, between 1912 and 1925, was that of “the works of classical conception.” The architect had returned from France, where he graduated from the École Nationale des Beaux-Arts in Paris. Among his teachers was Victor Laloux, the author of Orsay Station, hosting today the museum of the same name in the French capital.

Having recently finished his studies and influenced by French academicism, Marcu collaborated with Nicolae Ghica-Budești on the project to expand the building of the University of Bucharest, the section dedicated to the Mathematics and Physics Faculty, between 1912 and 1913. Also, during this period, he worked on the house of engineer Constantin M. Vasilescu, the headquarters of the Romania Aero Club, on the Lascăr Catargiu Blvd. in the capital, and on two other residences in Craiova.

Throughout this period, the architect designed several private residences in the capital and in the country, among them the Dr. Dobrovici House, also located on the Lascăr Catargiu Blvd., but also public buildings such as the Polytechnic School in Timișoara, the Capitol Cinema in the same city, and Romania’s Pavilion at the International Exhibition in Barcelona, in 1929.

The third stage, and the richest one was that of the “works of modern Romanian architecture,” spanning from 1925 until the end of his career. Historians speak of a modernism distilled through his own vision.

A representative edifice of the capital built in this period is the Victoria Palace, today the headquarters of the Government of Romania (pictured above). Finished in 1937, the building was initially meant to host theForeign Affairs Ministry, which was headquartered here, together with the Council of Ministers, until 1990. In 2004, the building was added to the list of historical monuments.

With a surface of 26,000 sqm, the palace still guards the diplomatic archive of the 1940s, in addition to the documents of the Government. The halls of the palace carry the names of the historical provinces that were reunited in the Great Union of 1918. Among them, the largest one is the Transylvania Hall, at 71 meters long and 10 meters wide. Marcu, who has been described as “an architect of detail,” also designed the Murano lamps inside the building. Many of the buildings he conceived still carry numerous elements showing the architect’s preoccupation for the study of detail and the precise execution.

The Palace of the Romanian Railways (CFR) Division, today the headquarters of the Transport Ministry, was also designed by architect Marcu. The construction of the palace, located in the area of the square of the North Railway Station(Gara de Nord), began in 1934. At the time, it was one of the largest buildings in the country. Marcu also designed a new HQ for the Upper School of War, today the Carol I National Defense University, a building located in the area of the Cotroceni neighborhood.

Another symbol of the capital, the Athénée Palace Hotel, was transformed and modernized between 1938 and 1939 according to the plans of architect Marcu. The hotel was built between 1912 and 1914 by French architect Theophile Bradeau. When it was finished, it had a classical style façade, with stucco decorations. For the modernization undertaken in the 1930s, the facades were changed, resulting in a simpler, art déco look, which nonetheless kept the building’s initial identity. The main entrance, the main lobby, the dining rooms and the reception halls were redone.

Close to the Minovici Villa and the Miorița Fountain, Marcu designed the Băneasa Railway Station. It was a royal train station until 1947 when the monarchy was abolished in Romania. Beginning with 2012, the station was used as a departure and arrival point for the trips that the members of the royal family took using the royal train. In 2017, the royal train carrying the coffin of the late King Michael to Curtea de Argeș departed from Băneasa station.

Marcu also left his mark on a new royal station in Sinaia. Beginning with 1938, he designed there the building that was used as a reception hall for King Carol II and King Michael.

The same architect designed the projects of Romania’s Pavilion at the International Exhibition in Paris in 1937 and Romania’s Section at the Exhibition of Communication and Tourism in Poznan (Poland), in a collaboration with architect Horia Creangă, in 1930. Furthermore, he designed the headquarters of the Romanian Legation in Prague (1937-1938), and was involved in the design of Romania’s embassies in Vienna (1946-1947) and Sofia (1947).

Among the urbanism project he worked on are the Unirii Square in Oradea, the partial systematization of the town of Bacău, and the systematization of Buzău, Brașov and of Bucharest, in collaboration with Roger Bolomey, Ion Davidescu and Teodor Rădulescu.