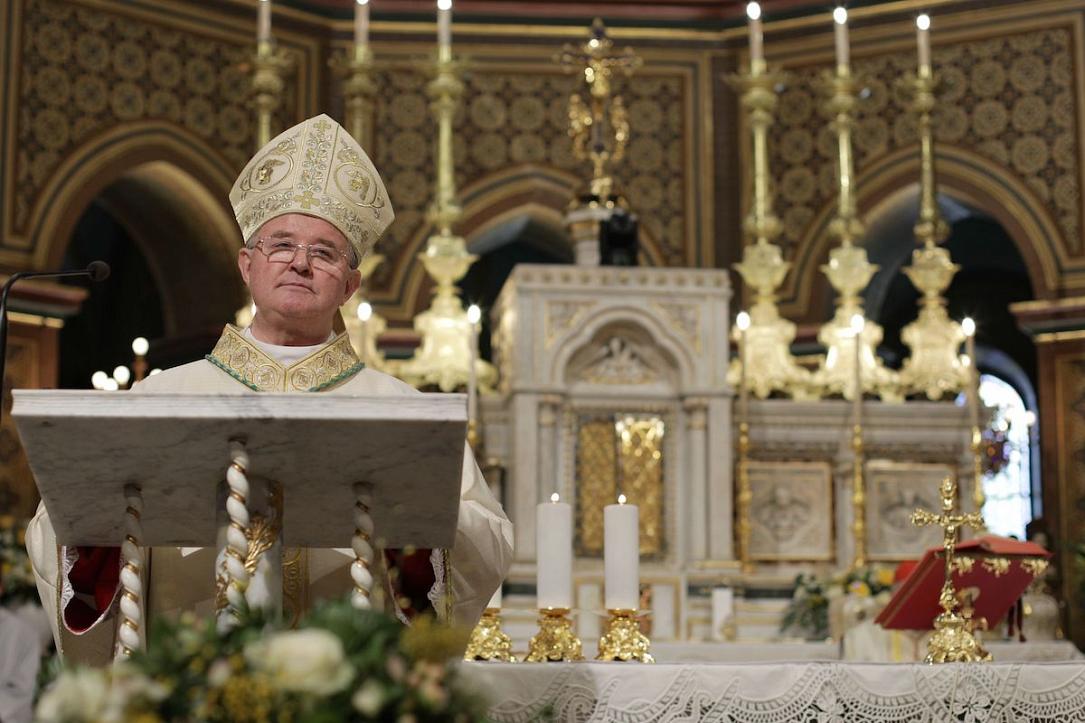 Monsignor Aurel Percă, who was appointed by Pope Francis as the new Metropolitan Archbishop of Bucharest, was invested on Saturday, January 11, during a solemn Holy Mass officiated in the "St. Iosif" Cathedral in Bucharest, local Agerpres reported.

Thousands of believers and over 200 priests, two cardinals, 24 Catholic bishops, and civil and political authorities attended the ceremony organized on January 11. Dozens of believers were able to watch the event on a huge screen placed in front of the "St. Iosif" Cathedral.

Aurel Percă, the new Metropolitan Archbishop of Bucharest, was born in Săbăoani, Neamț county, in the Roman-Catholic Diocese of Iași, on August 15, 1951. In 1973 he joined the Sf. Iosif Seminary in Iași and, after completing the philosophy and theology studies, he was consecrated priest in Iași on June 29, 1979. He was also parochial vicar at the Sf. Nicolae parish in Bacău between 1979-1980.

On September 29, 1999, he was appointed auxiliary Bishop of Iaşi, receiving the episcopal title of Mauriana. He was consecrated Bishop on December 8, 1999.