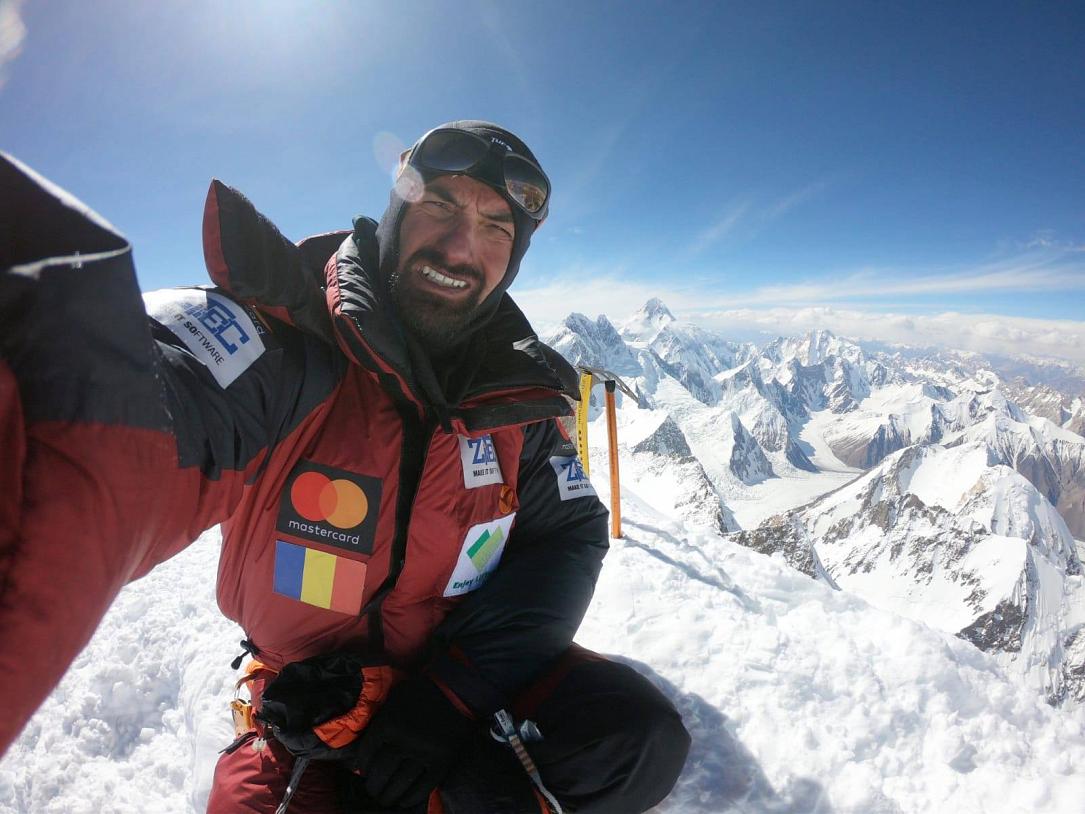 Romanian climber Alex Găvan has reached the Gasherbrum II peak in the Karakoram mountains, without the aid of supplemental oxygen.

This is the seventh, over 8,000-meter peak Găvan conquers, in a project to become the first Romanian who climbs all the 14 peaks of over 8,000 meters in the world, without supplemental oxygen.

With this climb, Găvan also started a campaign to rescue and preserve the Romanichthys (Romanichthys valsanicola), an endangered freshwater fish. The species is over 65 million years old. Its habitat diminished considerably because of the unsustainable exploitation of rivers for the production of hydroelectricity.

“The 2018 WWF Living Planet report shows that the global populations of vertebrates decreased, on average, by 60% in the last 40 years. [...] saving this landmark species of Romania gives hope and a light to saving our own species from extinction,” the climber said.