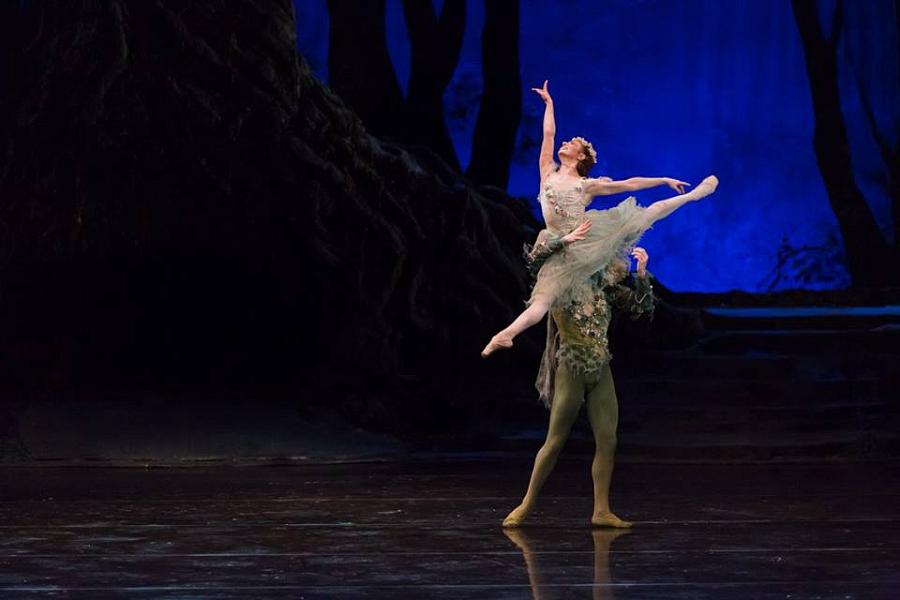 Guest writer Ronnie Smith shares his great experience at the premiere of the new DSCH.The Dream ballet, at the National Opera in Bucharest on Saturday.

And so to the Bucharest Opera Ballet on Saturday night for their first performance of The Dream. As usual I had done no prior research and arrived at the theatre without a useful understanding of what was about to happen, I just knew it would be good.

‘Good’ is a word of such stifling inadequacy in this case because the entire show was genuinely astonishing. There were two parts to the performance, both comprising important national premieres and the fact that we followed the Russian Ambassador’s official car into the car park seemed to lend further weight to the event. One likes to imagine that he regularly flies home to see the Bolshoi and the Kirov but he probably doesn’t have time for all of that.

Part one, entitled ‘DSCH’ (after Dmitry Shostakovich), saw the whole of the composer’s second piano concerto choreographed in the most dynamic and innovative way by Alexei Ratmansky. It was first performed in New York in 2008. There is so much energy in the three movements of this short work with the slow second movement expressing that very powerful melancholy that only Russian composers can create. Of course, it should be a ballet but when I heard the first few bars and realized what it was I thought, ‘surely not…’.

The movement and presentation exhibited by the company was, I thought, perfect and there was a wonderful moment when they seemed to recreate the iconic children’s fountain at Stalingrad. I can honestly say that my gob was smacked by the whole thing and, if anything more than the sheer enjoyment of the piece were necessary, it showed me that anything is possible in theatrical dance.

Had this simply been a concert, the orchestra’s performance of the music, led by Cristian Sandu, would have merited a standing ovation but the combination of the music and the dance was almost overwhelming. The interval came only half-an-hour after our arrival, but it was absolutely necessary for the audience to recover and prepare for the second half.

‘The Dream’ is an adaptation of Shakespeare’s ‘A Midsummer Night’s Dream’ set to the music of Felix Mendelssohn and provides the opportunity for a more classical performance from the company. The ballet was choreographed by Sir Frederick Ashton, premiered in London in 1964 and produced in Bucharest in association with Covent Garden.

The big news here is that Alina Cojocaru, Romania’s great star prima ballerina, performed the leading role. I had only heard how good she is but watching her dance on Saturday night, for the first time, was a revelation. I have never seen anyone move the way she does. In fact she doesn’t move, she floats in the way a leaf glides gently to the ground in a light breeze. She is very slight and fragile, giving the impression that she weighs around two grams, and yet she possesses the extraordinary strength and ‘souplesse’ required to do all the things demanded of a world-class performer.

Watching Alina Cojocaru pushed me to the next stage of my ballet education because I saw how dance, taken beyond a technical appreciation, can literally enchant. I felt like I finally ‘got it’.

Her lead partner Dawid Trzensimiech in the role of Oberon, a man who combines athleticism, elegance, and enormous stage presence, was excellent as always. And Shuhei Yoshida was absolutely fantastic as Puck.

As I said, I knew it would be a good evening but from the very first steps I can tell you that I have never enjoyed the ballet as comprehensively as I did on Saturday night.

A new performance (and the last announced for this year) of this wonderful ballet takes place on December 16. Find out more here.