Guest writer Paul Wood comments on the book 'With Friends Like These', by Larry Watts, highlighting Romania's communist past and its impact on both Eastern and Western European countries. The book tells a story, often overlooked by Westerners, of complex relationships between formerly Communist states and of National and ethnic interests contested therein.

The recent past is a forgotten country. The Cold War now seems a period as remote as the Thirty Years War, John le Carré’s novels almost as quaint as those of Dumas père. Those of us who grew up in the West in the Cold War rather than studying it as history rely on memories of information that was very partial and misleading. Now Larry Watts’ ground-breaking, enjoyable and meticulously researched book 'With Friends Like These', shows that Ceausescu’s Romania posed a threat to the USSR greater than Tito and comparable with the 1956 Hungarian uprising, the Prague Spring and the Solidarity movement in Poland.

Eastern Europe was not a story of quislings ruling subject people on instructions from the Kremlin. The men and women (of whom Romanians Anna Pauker and Elena Ceausescu were the most significant) who ran the Communist Empire were believers who had risked death and imprisonment from their enemies and from their communist friends because of their beliefs.

What is remarkable is the degree to which the conflicts between neighboring countries in Eastern Europe before 1945 continued seamlessly after the Communists came to power. The most arresting example is Hungary, until 1918 the most reactionary country in Europe west of Czarist Russia. There, in 1919, in the vacuum left by the disappearance of the Hapsburg Empire the arch conservative antisemitic army and civil service enlisted as supporters of the Bolshevik revolution of Bela Kun a.k.a. Aaron Cohen.

The Hungarian gentile middle class saw in Bolshevik Russia the only hope of preserving Greater Hungary, in particular Hungarian possession of Transylvania and the Banat, which had been occupied after the armistice by Romania. Kun’s regime hoped the Russian Red Army would break through Romanian lines into the Bucovina and link up with the Hungarian Red Army. Instead, the Romanian army occupied Budapest and overthrew the Communists.

Larry Watts's book explains that in 1944-46 history repeated itself and the supporters and gendarmes of the Hungarian dictator Admiral Horthy who had marked themselves in Hungarian occupied Transylvania with great brutality, reinvented themselves as Communist officials and ‘people’s police’. Stalin encouraged Hungarian hopes that Transylvania would become a separate country or divided between Romania and Hungary. He played off Hungary and Romania against each other in the same way that Hitler had done.

Meanwhile the annexation of Basarabia (now most of the Republic of Moldova) and the Northern Bucovina (which became part of the Ukraine) led to the arrests, deportations and killings of hundreds of thousands of ethnic Romanians who found themselves living in the USSR. In addition, Khrushchev in charge of post-war Ukraine presided over a deliberate famine that Watts says was probably aimed at ethnic Romanians and may have killed between one and two hundred thousand people, while Leonid Brezhnev, First Secretary of the Soviet Republic of Moldavia, may have reduced the ethnic Romanian population there by as many as a quarter of a million.

Mutual antipathy between Russians and Romanians has long roots in conflict over territory. Russia ruled Basarabia (Eastern Moldavia) off and on since 1812. It occupied the rest of Romania on several occasions between 1812 and 1919. It was certainly feasible that had it not been for the other powers, Romania would have been incorporated into the Russian Empire as were Georgia, Armenia and central Asia.

Gheorghiu Dej, the Communist leader of Romania from 1948 till his death in 1965 was unique among Stalin’s satraps in not being a ‘Muscovite’, a Communist trained during the 30s in Russia. He won favour with Moscow for his support in helping reassert Soviet control over Hungary after the 1956 Revolution and succeeded (one would like Watts to have explained in more detail how) in persuading the USSR to withdraw troops from Romania by 1958. Crucially the Romanians also managed to roll up very extensive KGB and Hungarian spy networks (very often the two were combined). These included a series of Hungarian irredentist secret societies operating in Transylvania run by the Communist government in Hungary with KGB knowledge.

Nicolae Ceausescu was more disruptive than de Gaulle in NATO. In June 1965, unnoticed by Western secret services, Romania was dropped from Warsaw pact military operations. The Pentagon continued to plan on the assumption that Romania would fight alongside her Warsaw pact partners even though Romania’s role in the alliance was to impede Soviet policy. Again unbeknown to the CIA, Romania became a Chinese ally second only in importance to Albania, a position it used to help mend fences between China and the United States. For example, Romania helped persuade Hanoi to negotiate with Washington. In 1967 Romania refused to break off relations with Israel following the Six Day War while De Gaulle aligned with the Soviet position. Romania acted as an honest broker between Israel and the Arab states and can be take some of the credit for the 1978 Camp David agreement that led to peace between Israel and Egypt.

Ceausescu, alone of the Communist leaders, publicly backed the Prague Spring and condemned the Soviet intervention in Czechoslovakia. Yet none of this was understood by the CIA, who were spellbound for many years by the disclosures of the Soviet defector Golitsyn. Golitsyn said that Romanian independence was a KGB ruse. This Trojan horse theory, which had been disseminated before Golitsyn, continued through the Gorbachev period. By 1990 it had become the received wisdom in the West, after Ceausescu’s regime had been overthrown by Romanian Gorbachevites working in league with the Kremlin and the KGB.

Watts tells us that on several occasions between 1968 and 1971 Russia planned to invade Romania and Honecker of East Germany was told as late as the end of 1973 that Brezhnev had approved an invasion. Russia was emboldened by the relative nonchalance with which the Western bloc had reacted to the invasions of Hungary and Czechoslovakia. Had an invasion of Romania been received in the same way, Russia intended to march into Yugoslavia. In August 1968, the Romanian Communist Party expected an invasion by the USSR and voted almost unanimously to fight, though as Ceausescu admitted without hope of success. The Stasi, the East German secret service reclassified Romania as an enemy state at this time. The Americans unaware of what was going on were anxious to avoid being drawn into a conflict. So was Tito, who had good reason to fear that Yugoslavia would be invaded after Romania. In August 1968 Tito turned to Great Britain for help, using Sir Fitzroy Maclean as an intermediary, in the event of a Soviet invasion of Romania. MI6, unlike the CIA knew that a Russian invasion was on the cards. Harold Wilson discussed with Michael Stewart and Denis Healey the idea of sending crack troops to fight alongside partisans as in the Second World War. It was 1968, not 1963, when the Cold War came closest to becoming hot.

Ceausescu’s famous speech from the balcony of the Central Committee building on 23rd August 1968 had won him national support but Nagy and Dubcek had had equally popular backing. Why did the Russians and their allies not invade? For a number of reasons. Because in Romania, unlike in Hungary and Czechoslovakia, they no longer had a sufficiently extensive intelligence network enabling them to know what was going on in the party or the armed forces or clients in top positions who could request a Soviet intervention, because, unlike the Czechs, Ceausescu and his colleagues  would have fought and because they had assumed national control over their armed forces, which were prepared for a military response against an invader from any direction. The fact that the US, Britain, and perhaps most explicitly, Socialist giant China had weighed in to deter a Soviet move no doubt played a role.

Courted by the Carter Administration in the late 70s, Watts argues that Ceausescu was free in the late 1970s to have led Romania into a non-aligned position similar to that of Yugoslavia and to have competed with Tito for American favors. Instead he decided to create an autarkic national communist state, independent of Moscow and Washington, a path that led him to the firing squad in Tirgoviste on Christmas Day, 1989. 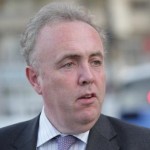 *If you’re a foreigner living, doing business in Romania and want to share a story about your experience in the country so far, email it at [email protected]  and we will consider it for publication (potentially with some additional editing). Let your voice be heard in the community !