Skip to main content
OpEd
Romania presidential elections 2019: Who are the winners and the losers after the first round? - comment 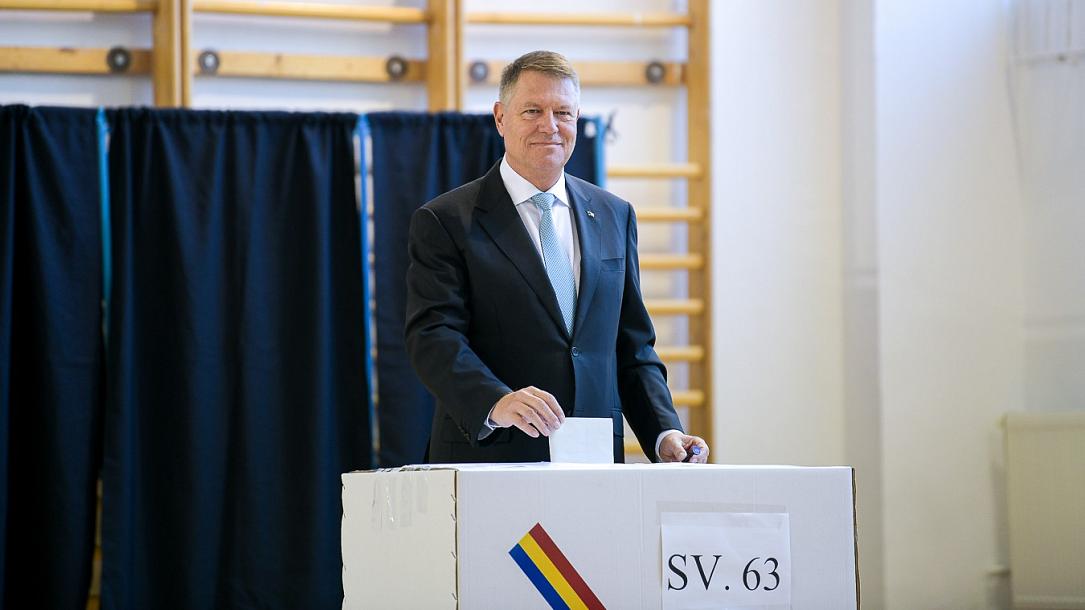 Romania’s incumbent president Klaus Iohannis is the clear winner after the first round of the presidential elections on Sunday, November 10. He received 3.47 million votes (37.8% of the total number of valid votes), one million more than his party – the National Liberal Party (PNL) got in the elections for the European Parliament in May. Thus, Iohannis not only capitalized on his party’s score but also managed to draw voters from other parties as well as new voters.

In the country, most of the extra votes for Iohannis came from the Save Romania Union (USR)+PLUS Alliance. The president received 800,000 more votes in Romania than PNL got in the May elections. Meanwhile, the USR+PLUS candidate Dan Barna received 665,000 fewer votes in the country than the alliance got in May.

Dan Barna, the USR leader, is the clear loser after the first round of the presidential elections. He managed to raise just 1.37 million votes while the USR+PLUS Alliance got over 2 million votes in the European elections (a score very close to that of the Social Democratic Party – PSD). Barna managed to keep the alliance’s votes abroad but failed to make the best out of the record turnout in the Diaspora. In the country, most of the votes he lost went to Iohannis.

Former prime minister Viorica Dancila, the leader of the Social Democratic Party (PSD), can also be considered a winner after the first round, simply because she managed to conserve her party’s votes and make it to the second round. Dancila received 2.05 million votes while PSD got 2.04 million in May. This shows that PSD still has a stable voter base that it can count on even under the worst of circumstances, given that the party was removed from power before the presidential elections and Viorica Dancila was considered a weak candidate.

Actor Mircea Diaconu got over 790,000 votes (8.9% of the total), which is a good score for an independent. He thus managed to surpass his score at the European elections in 2014, when he got 380,000 votes (6.81% of the total), also as an independent. In the presidential elections, Diaconu was backed by two smaller parties – PRO Romania and ALDE, which had a combined score of around 10% in the elections for the European Parliament in May this year.

Why did Iohannis win?

Klaus Iohannis’ victory in the first round was largely expected given the developments in recent months. Iohannis has been the last stand in PSD’s attempt to change the justice laws and create an illiberal regime in Romania, following the models in Hungary and Poland. He took action when most needed, although some (especially USR) criticized him for acting to slow, putting out fires instead of preventing them.

The recent change of Government also played in his favor. The fact that Iohannis’ party – PNL decided and managed to replace the PSD Government of Viorica Dancila before the presidential elections, risking significant potential losses before the parliamentary elections next year, assured the anti-PSD voters that Iohannis was true to his word.

The fact that Klaus Iohannis is a pro-European with a good image abroad also weighted in the voters’ decision.

Why did Dan Barna lose?

Dan Barna, 44, presented himself as the new-generation politician but failed to mobilize enough of the new-generation voters. He appealed to the young generation, which is very active in social media, but less reliable when it comes to voting. Young voters can, indeed, mobilize and change the result of an election when the stake is very high like they did in the 2014 presidential elections. However, this year, the stake was not actually that high. Nobody saw the risk that PSD could actually win the presidential elections this year and mobilization in the country was rather low as the final turnout figures show.

Thus, Dan Barna ended out fighting for the same anti-PSD voter base as Iohannis, with few chances of success. Moreover, his campaign followed roughly the same lines as Iohannis’ campaign: Romania without PSD. Iohannis promised “Normal Romania”, Barna promised “Happy Romania”. Moreover, some of the more radical ideas promoted by Barna and USR were not that well-received by all anti-PSD voters.

The decision not to join the PNL government after the Dancila cabinet was dismissed also weighted a lot in Barna’s defeat, as many of the USR fans felt that the party’s leaders were more interested in not losing political capital than in joining a new ruling coalition. USR and PLUS insisted on early elections, hoping to capitalize on their good score in the European elections and maybe become the leading party in a future ruling coalition, but they only ended up losing support and strengthening the Liberal Party’s dominant position on the local political scene.

The decision to organize internal elections in USR just months before the presidential elections and the complicated relationship between USR and PLUS, may have also played a part in Sunday's result. Instead of merging immediately after the success in the European elections, the two parties continued in an electoral alliance and several disagreements surfaced in the discussions about the candidates for the local elections next year.

The allegations related to the EU funded programs coordinated by Dan Barna in the past and some uninspired statements during the campaign didn’t help either.