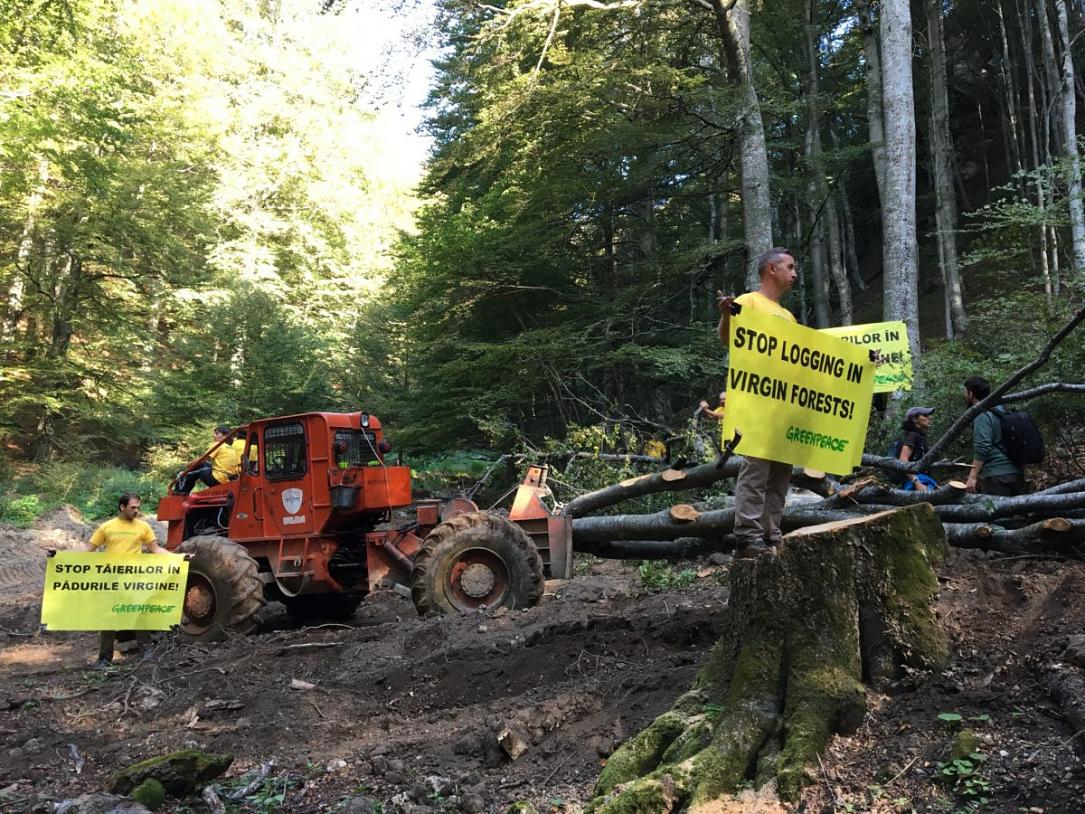 Several Greenpeace activists from Romania blocked on Thursday, August 31, the exploitation of wood in a quasi-virgin forest in Ciucas Mountains. The forest is managed by state-owned company Romsilva.

Wood exploitation in virgin and quasi-virgin forests is illegal, Greenpeace Romania said in a press release. The organization has notified the Prahova Forest Guard and the Environmental Guard.

Greenpeace also says that the Ploiesti Forestry Guard has approved, through a derogation from the law, the cutting of 46 180-year-old trees on a surface of 20 hectares, with a total volume of 271 cubic meters of wood.

The activists are asking the Ministry of Waters and Forests to stop the exploitation in virgin and quasi-virgin forests, and to protect these forests by including them in a national inventory as soon as possible.

A Greenpeace Romania report released earlier this year showed that a total of 9,444 cases of illegal logging were registered in Romania in 2016, which represents an average of 26 cases per day. Mures leads the top of counties with the highest number of illegal logging cases registered in 2016, namely 1,057 cases (11% of the total). It is followed by Brasov county with 664 cases (7%), and Olt county with 605 cases (6%).

However, the National Forestry Directorate Romsilva announced in early-May that the illegal logging in the state forests it manages has decreased by 20.86% in volume year-on-year, from 10,782 cubic meters in the first quarter of 2016 to 8,533 cubic meters in the same period of this year.