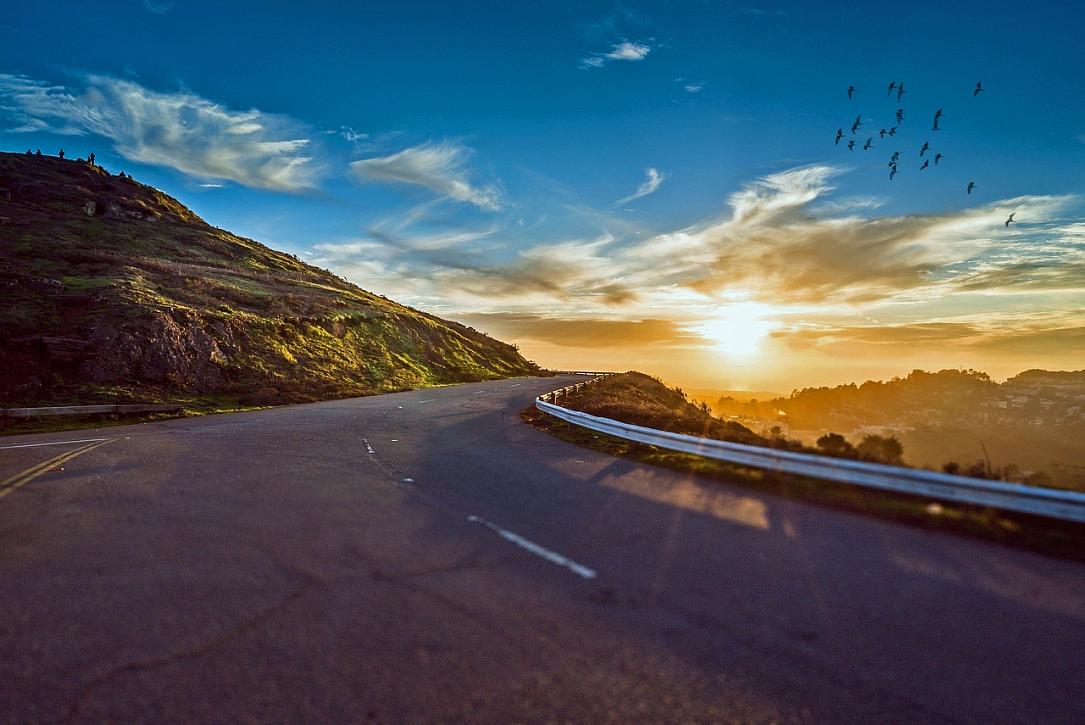 With little left until the season of summer holidays kicks in, those who are already restless for a break can try a one-day trip. Some suggestions below.

This quiet spot, half-way between Bucharest and Giurgiu, draws visitors with a beautiful park and a place to learn more about traditional crafts. Established in 2004, Comana Nature is a place of rich biodiversity, home to the Comana Pond, which accommodates over 140 species of birds and 13 species of fish. Visitors can explore various tracks by foot or try a boat ride. The park also covers a butcher's-broom (Ruscus aculeatus) reservation and Romanian peony (Paeonia peregrina) reservation. Visitors can also drop by the Comana Monastery, first erected during the reign of Radu Serban, in 1588, and redone by Serban Cantacuzino in 1700.

After the nature exploration part is done, there is still the option to get active at the Comana Adventure Park, which covers 6 routes for children, 3 for adults, and a zip line over the lake. Other activities on offer are archery, bike rides, tennis or fishing.

Another place to drop by while in Comana is the Village of Crafts (Satul meșteșugurilor), which highlights traditional crafts as an opportunity to discover the values of the past and a way to change the lives of people for the better. Visitors can see how paper is made, clay molded into ceramics, rush is woven or how the loom works.

Comana is also the place where Romanian poet and novelist Gellu Naum chose to retire, alongside his wife, and a festival dedicated to him takes place here yearly.

How to get there: Comana is located some 40 km south of Bucharest, in Giurgiu county. It is an approximately one-hour drive taking the DN5 - E70 - E85 and the county road DJ412A/DN5A.

The Mogosoaia Palace and the beautiful surrounding park are the main attractions here, making it a perfect destination to spend a few hours or a day out in the sun. The palace was built between 1698 and 1702 by Prince Constantin Brâncoveanu, and its architecture is an example of the Brâncovenesc style, also known as the Romanian Renaissance. The palace has witnessed many events and changed several owners, before being turned into a museum.

The area surrounding the palace can be used as a picnic spot, and boat rides on the lake nearby are also available. During the warm months, various events are organized at the palace. This year, a music festival, called Fall in Love, will take place there at the end of August.

How to get there: Mogoșoaia is located 18 km north of Bucharest, taking the DN1/E60.

A former Wallachian capital and royal court, Târgoviște is a destination for history buffs. A symbol of the city is Chindia Tower, part of the Târgoviște Princely Court ensemble of buildings and medieval fortifications that once served as residence for various rulers of Wallachia.

The Chindia Tower was built by ruler Vlad Tepes, around 1460. It preserves today a shape that was altered during works performed in the middle of the 19th century. The former royal court ensemble is also home to the Royal Palace; St. Friday Church, an architectural monument dating back to mid-15th century; Bălașa House, initially meant as a guest house and asylum for the poor; or the royal baths, among others.

While in Târgoviște, the History Museum is also worth a stop. It keeps collections of archaeological and historical value concerning the city and the county. Similarly, the Museum of Printing and Old Romanian Books is also a must see for those interested in finding out more about the Romanian culture and its written art. It is open in the house of the Stolnic Constantin Cantacuzino, built in the second half of the 17th century. More on Târgoviște here.

How to get there: Târgoviște is located 81 km northwest of Bucharest, driving on the national road DN7 and DN71. Train connections are also available between the capital and the city, taking up to 2 hours.

Also a former capital of Wallachia, Curtea de Argeș is a landmark of the country’s Middle Ages history. A must-visit site in town is the Curtea de Argeș Church, built between 1512 and 1517 by the Prince Neagoe Basarab (1512-1521) on the ancient settlement of the Metropolitan Orthodox Church of Wallachia built on 1359.

The story of the edifice is associated with the legend of Mesterul Manole/Master Manole, a tale of how sacrifice is needed to make a creative endeavor endure. The church is also the Romanian Royal family's sanctuary. King Michael was buried here in 2017 and his father, King Carol II, was re-interred here this year. More on Curtea de Argeș here.

How to get there: Curtea de Argeș stands 155 km northwest of Bucharest, driving on E81.

When the weather gets very hot in Bucharest, several mountain resorts are only a few hours away, among them Sinaia and Brașov.

Sinaia is known for the beautiful, heritage architecture and for the associations with the Romanian royal family. The Neo-Renaissance Peleș Castle, one of the most visited in the country, was erected here for King Carol I towards the end of the 19th century. Today a museum, it served as a royal residence until King Michael was forced to abdicate in 1947. Peleș Castle also includes Pelișor Castle, close by, and several other buildings.

A stroll through Sinaia’s central area will allow visitors to discover many other beautiful buildings and villas, among them the Sinaia Casino or the Luminiș Villa, the former residence of famed Romanian composer George Enescu. At the beginning of the century, Sinaia was a favorite spot of the local elite, many of whom had houses there. More on Sinaia here.

How to get there: Sinaia stands 141 km north of Bucharest, taking the A3 and DN1/E60. Taking the train instead of driving will help you avoid traffic jams.

At the foothills of Tâmpa Mountain, Brașov welcomes visitors to a beautiful Old Town, where medieval fortifications mix with Baroque buildings and beautiful parks. The lively Sfatului Square and the surrounding area gathers a host of historical monuments, among them the Black Church, built by the German community of the city and one the main Gothic-style monuments in the country. The church hosts concerts regularly, and you might happen upon one while in town.

The city’s History Museum and the Museum of Urban Civilization are located in the same square, which is lined up by many cafes and restaurants. There are several spots to go to catch a beautiful panorama of the city, among them Tâmpa and the White Tower. More about Brașov here.

How to get there: Brașov is located 50 km north of Sinaia, but the train might prove a quicker option than driving. The train ride from Bucharest takes about two hours and a half. 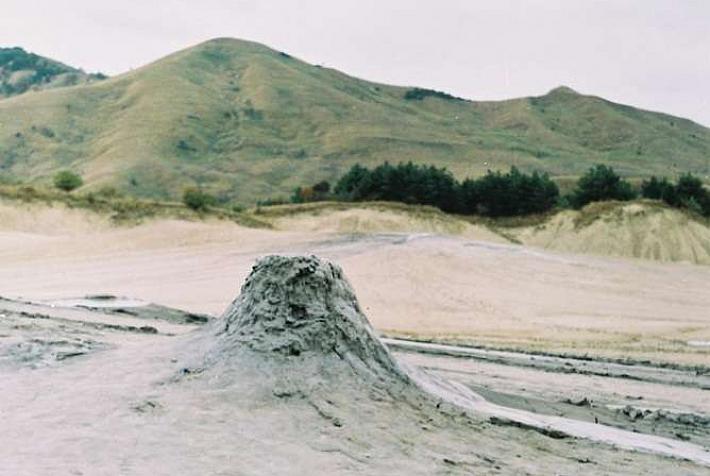 The Muddy Volcanoes in Berca, in Buzău county, were formed from the gas which comes from 30,000 meters underground. The gas goes through a clay sector, then through the underground water. So the gas pushes the water and the clay to the surface (which by that time become mud), creating small cones which resemble the shape of a volcano. The volcanoes are found in a nature reserve of several hectares of gray, dry land, with little vegetation. More on the volcanoes here.

How to get there: Berca is located 130 km north of Bucharest, taking the A3.

The largest city in the region of Dobrogea, Constanța is a good destination for a stroll on the seafront or to explore some of its history, which goes back to ancient times, when it was known as Tomis. Roman poet Ovidiu was sent into exile here, and remained in Tomis until the end of his life. A statue of Ovid stands nowadays in the Ovid Square (Piaţa Ovidiu) in Constanţa, in front of the History Museum - which is the former City Hall.

Those looking for more than sea sights can try the Edifice of Roman Mosaics, once a vast three - leveled complex which used to connect the upper part of the town to the harbour, The Genoese Lighthouse, or the beautiful Casino, to be seen from the outside while efforts to refurbish it are underway. More on the city here.

How to get there: Constanța stands 225 km east of Bucharest, driving on the E81. The train ride can also be a good option to get there, with the trip from Bucharest taking around two hours.