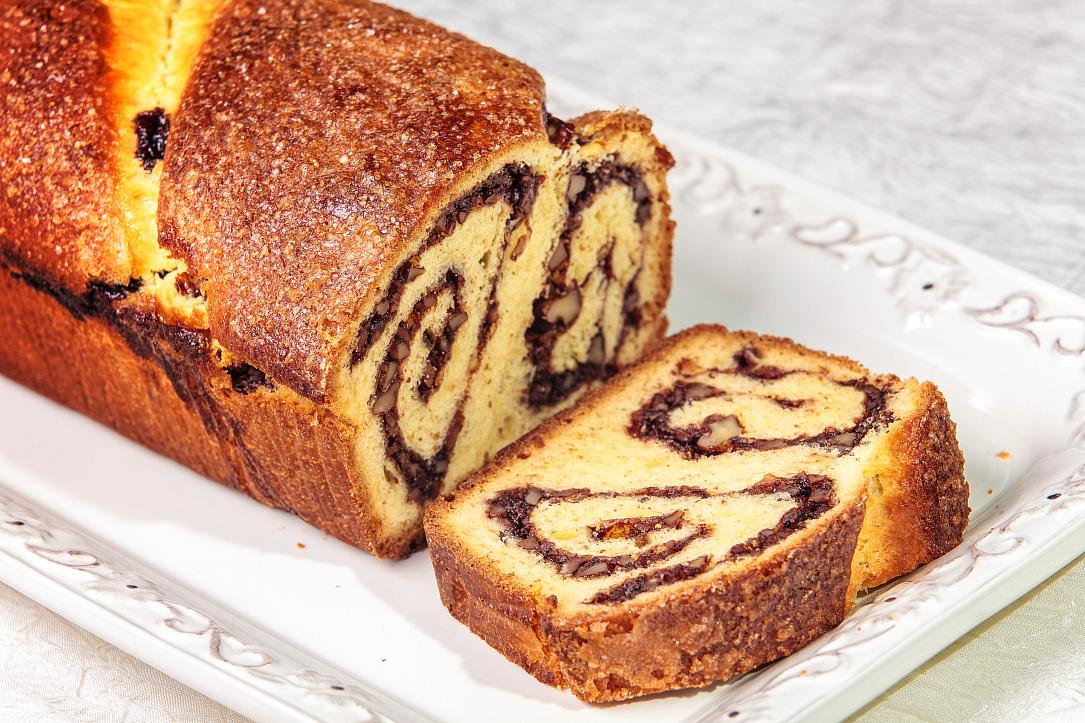 A must-have on Christmas in Romania are the famous cozonaci, one of the delights of local traditional cuisine. A cake with origins in the Roman bread, it is usually baked on Christmas and Easter.

A cozonac can be round or rectangular, simple or braided and it is usually filled with chopped nuts, poppy seeds, cocoa cream or dried fruits. In the past years, it has become available in food stores all year round, but its baking on holidays, at home, is a tradition women still pass on from mother to daughter, especially in the country side.

In the past years, it has become available in food stores all year round, but its baking on holidays, at home, is a tradition women still pass on from mother to daughter, especially in the country side.

If a foreigner wants to bake them, here is a simple recipe to try:

a pinch of cinnamon (optional)

a pinch of salt

Mix the yeast with a bit of sugar, warm milk and a bit of flour, just enough to turn it into a dense cream. Sieve the flour. Preheat the oven at 200 degrees*. Coat the three trays with grease.

Mix the sugar with the eggs and salt until you turn them into a cream. Gradually mix the warm milk with the obtained cream. Put in the rest of the ingredients. Knead well and leave to rise until the dough doubles its volume. Make sure the air is warm in the kitchen, the cozonac dough is known to be sensitive to temperature variations.

Weigh the dough and split it into 3 equal parts. Spread each part on the table which was previously greased with just a little bit of oil, so that the dough won't stick to it. You should have three rough sheets with the length of the trays.

Crushed walnuts mixed with 1-2 tablespoons of cocoa, a handful of raisins and whipped egg whites with sugar. Spread it equally onto each sheet on the table. Roll the sheets so that they have the right width and length to fit the trays.

Put the cozonaci in the trays and leave them to rise for another 15 minutes. Coat them with a bit of yolk, so that the crust will shine once they're baked.

Enjoy (or Pofta buna! in Romanian)