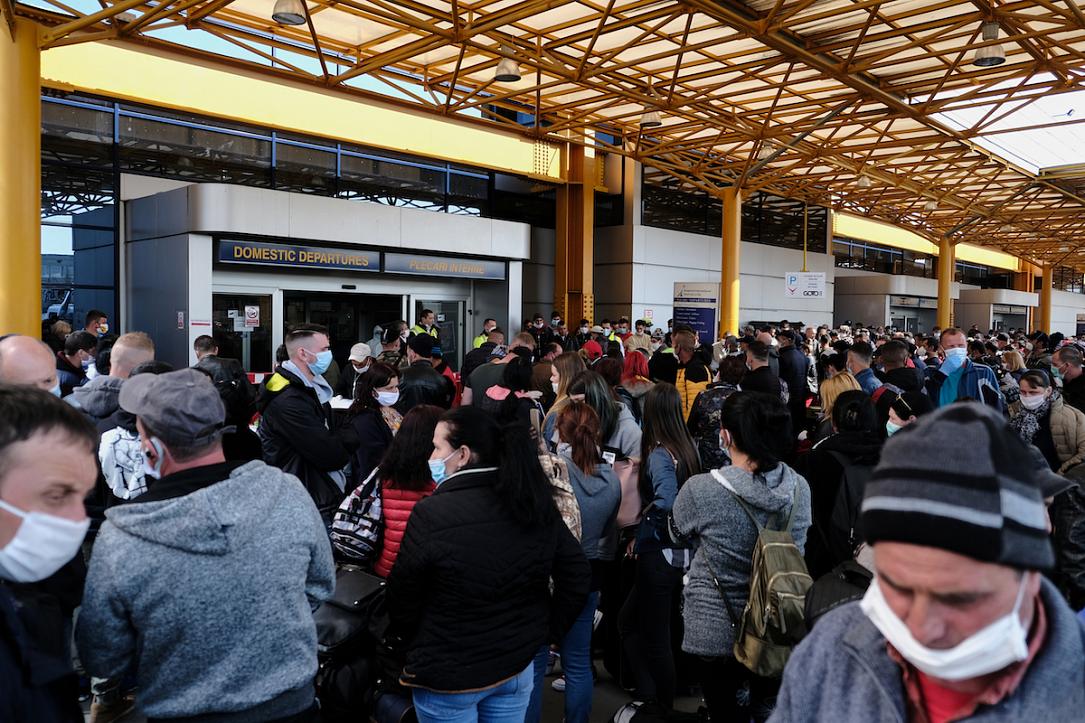 Between 1,500 and 2,000 Romanian workers gathered at the international airport in Cluj-Napoca on Thursday, April 9, to fly to Germany where they will spend the next few months working in agriculture (picking strawberries and asparagus) and other temporary jobs.

Despite the risk of infection with the new coronavirus (Germany is the third country in Europe by the number of cases), Romanian workers have decided to leave just before the Easter holidays so that they can earn some money, given that most economic activities in Romania are suspended due to COVID-19 restrictions, Mediafax wrote.

The workers who left from the Cluj-Napoca airport on Thursday were mainly from counties in Transylvania and Moldova. Many of them didn't know where they were supposed to fly and the social distancing restrictions imposed by the Romanian authorities were not respected, according to the Mediafax reporter.

More charter flights are scheduled to leave from Cluj to Germany on Saturday and Sunday.

Several aircraft with workers from Romania landed on Thursday at the airports in Berlin, Hamburg, and Dusseldorf, despite restrictions imposed by the German authorities for limiting the spreading of the COVID-19 pandemic, according to dpa, quoted by Agerpres.

German farmers are relieved that they can bring workers to pick up seasonal crops such as white asparagus. “As a result of this arrangement, our farmers can continue to operate,” said Joachim Rukwied, president of the German Farmers Association.

Three aircraft with a total of 530 Romanian workers arrived at Berlin's Schonefeld airport. Other planes, also departing from Romania, landed in Dusseldorf and Hamburg. Workers underwent medical check-ups at the airport before actually going into isolation while working on farms.

Another plane is scheduled to arrive on Friday in the city of Karlsruhe, in southwestern Germany.

Despite suspending all flights to and from countries with many cases of COVID-19 infections, Romania has allowed seasonal workers to leave the country. The German government reached an agreement last week to take over 80,000 foreign seasonal workers under strict conditions, with arrivals expected to take place during April and May, according to dpa, quoted by Agerpres.