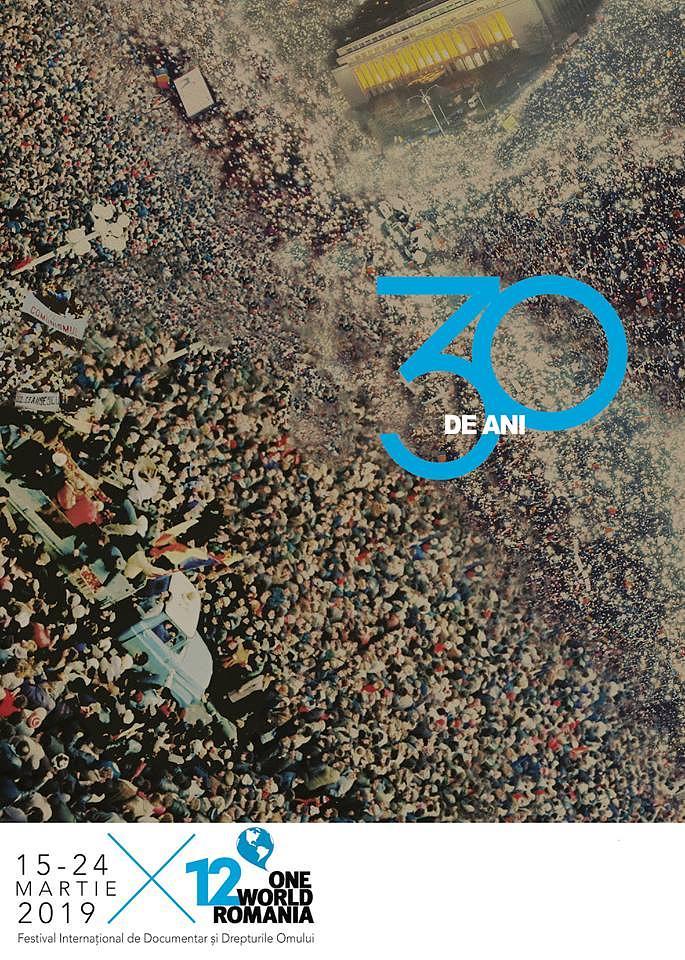 One World Romania International Documentary and Human Rights Festival will return with a new edition this year, being scheduled for March 15-24.

As this year marks 30 years since the 1989 Romanian Revolution, which marked the end of communism in Romania, as well as 30 years since the Fall of the Berlin Wall or the first free elections in Czechoslovakia and Poland, the film festival will focus on how democracy has changed Romania and Eastern Europe in this period.

The visual identity of One World Romania 2019 is designed by Maria Draghici starting from two photos – one taken by Constantin Duma in Timisoara in December 1989 and another one taken by Dan Mihai Balanescu during the February 2017 protests in Bucharest.

The 80 documentaries selected for this year’s edition will be divided in several thematic sections, additional to the main subject. Films from all over the world will be screened at the festival, on topics such as justice, refugees, migration, and women rights. The organizers have also prepared retrospectives of world-renowned filmmakers and a competition consisting of 10 films.

Around 50 guests will join the 2019 edition of the documentary festival, which will take place in five main locations in Bucharest, namely Cinema Elvire Popesco - The French Institute, ARCUB, Eforie Cinema, POINT and #Pavilion 32 - Goethe-Institut Bucharest.

More details can be found on the event’s website here.